Another hijacking of #BlackLivesMatter 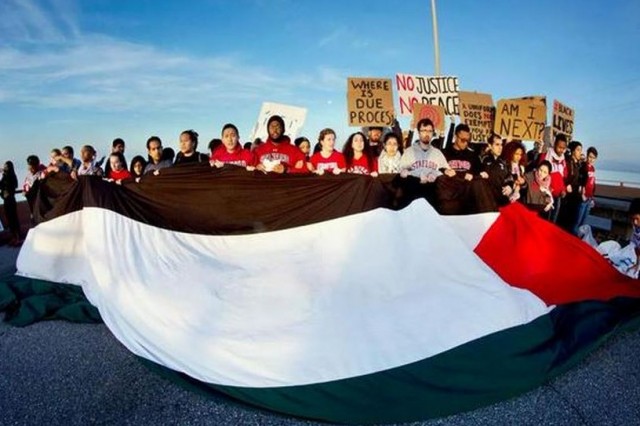 Don’t say I didn’t warn you about how anti-Israel activists have set on a deliberate course to hijack the Ferguson and #BlackLivesMatters protests to their own anti-Israel agenda:

It started in Ferguson, then the Eric Garner protests, and is being pushed by the anti-Israel Students for Justice in Palestine through groups like Dream Defenders, which carries a Tides Foundation logo on it’s website.  Dream Defenders was responsible for Marc Lamont Hill’s trip to “Palestine” in which he recorded a video supporting “Revolutionary Struggle” against Israel. 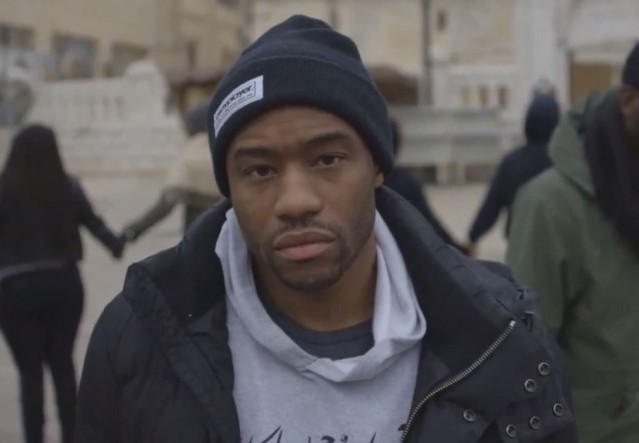 A key player in the effort to turn the #BlackLivesMatter movement into an anti-Israel movement is recently graduated Stanford student and SJP activist Kristian Davis Bailey, who writes not only for the anti-Zionist Mondoweiss website, but also has been promoting the effort in Ebony Magazine.

“Mainstreaming” the anti-Israel Boycott Divest and Sanctions movement by connecting it to non-Palestinian struggles seems to be Bailey’s focus as at this End the Occupation conference: 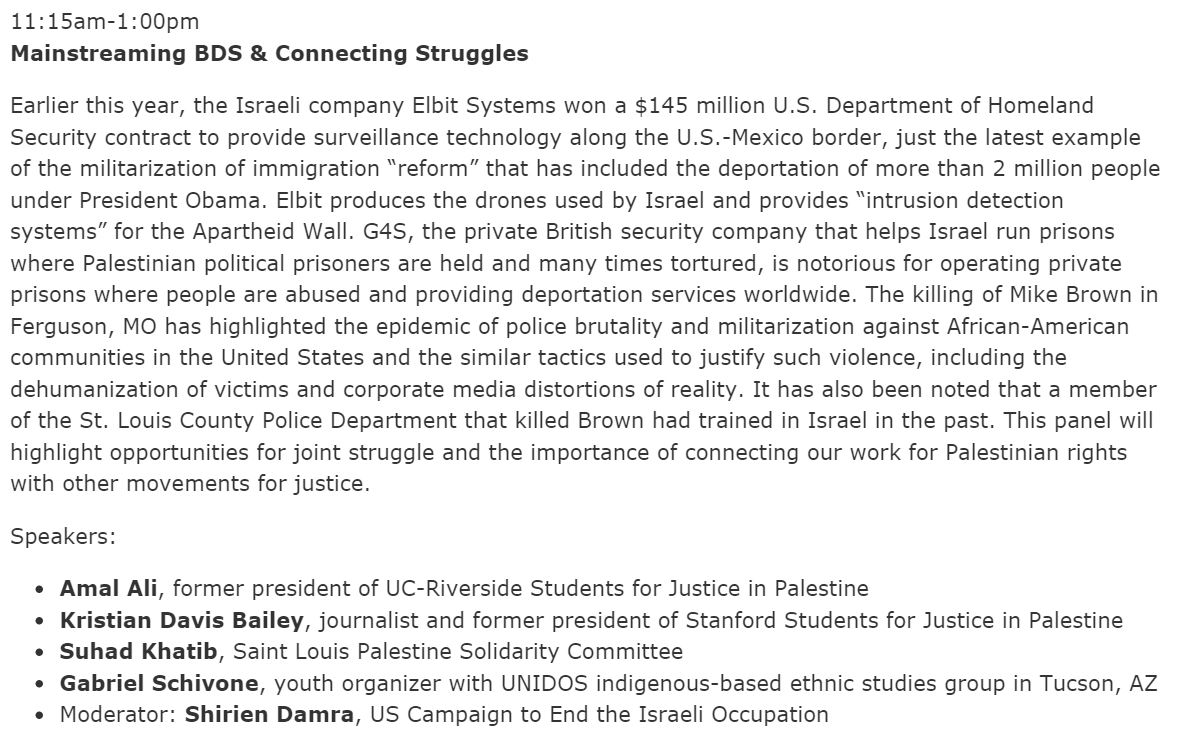 Last night I tweeted out an image of the San Mateo – Hayward Bridge being blocked as part of #BlackLivesMatter protests: 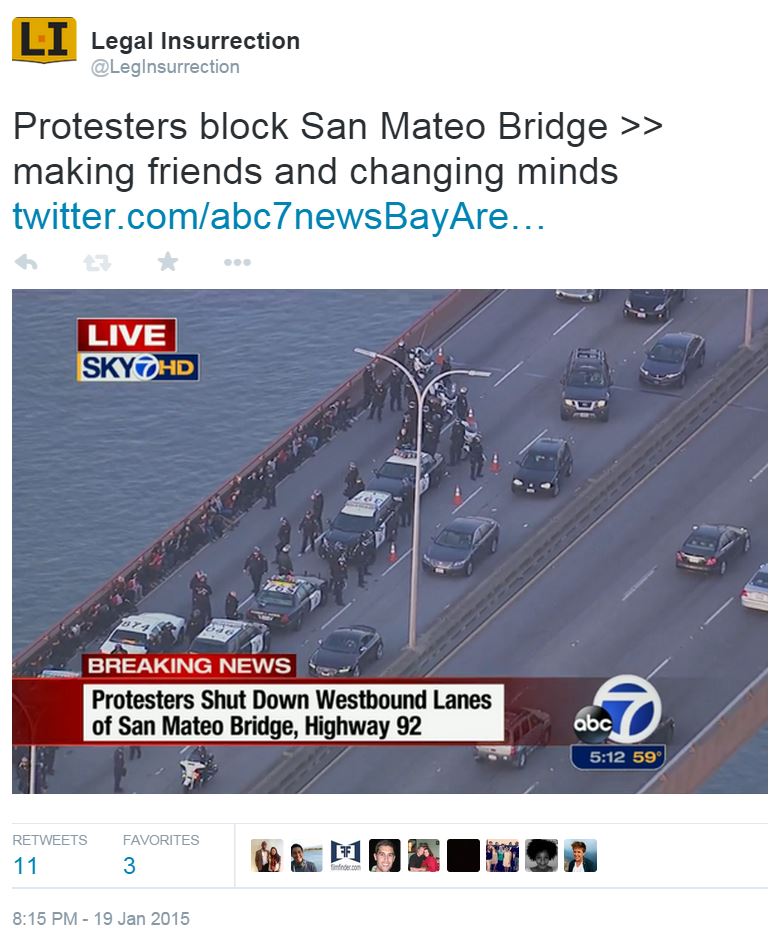 I didn’t realize at the time that anti-Israel activists, led by Bailey, were behind it, as reported by the Stanford student newspaper:

According to protest participant Kristian Davis Bailey ’14, 11 protesters, 10 of whom were female, were put in jail while the rest were offered the option of being cited and released.

According to Bailey, the citations some protesters were issued included obstruction of entry on a public land, obstructing people’s moment and creating a public nuisance. In an effort to help collect funds for bail, Silicon Shut Down organizers set up a Venmo account for those protesters still in jail.

When asked why he participated in the protest, Bailey said, “I realized that it was time to put my body on the line and use my privilege as a Stanford student to elevate the issues of Black Lives Matter.”

Protest participant Michaela Ben Izzy ’18 said, “I’m really proud of everyone who was out there today.”

Additionally, during the demonstration, students held banners calling attention to the violence committed against black communities as well as the Palestinian and Mexican flags as an act of public solidarity with victims of state-sponsored and U.S.-sponsored violence in Mexico and Palestine.

“Combating the triplets of racism, militarism and materialism was one of the biggest legacies King left us,” said Bailey in a public statement. “We proudly carry the Palestinian flag as we call on Stanford to divest from human rights violations in the occupation and related state violence in the U.S. The recent trip of Black Lives Matter and Ferguson representatives to Palestine signifies these movements are coming together on a global scale.”

Protesters chose to inconvenience the weekend commute in order to remind Silicon Valley that “it can’t ignore oppression in the midst of its own comfort.”

Doesn’t look like they made any friends or changed any minds:

But unfurling the Palestinian flag was an accomplishment, apparently, in their own minds: 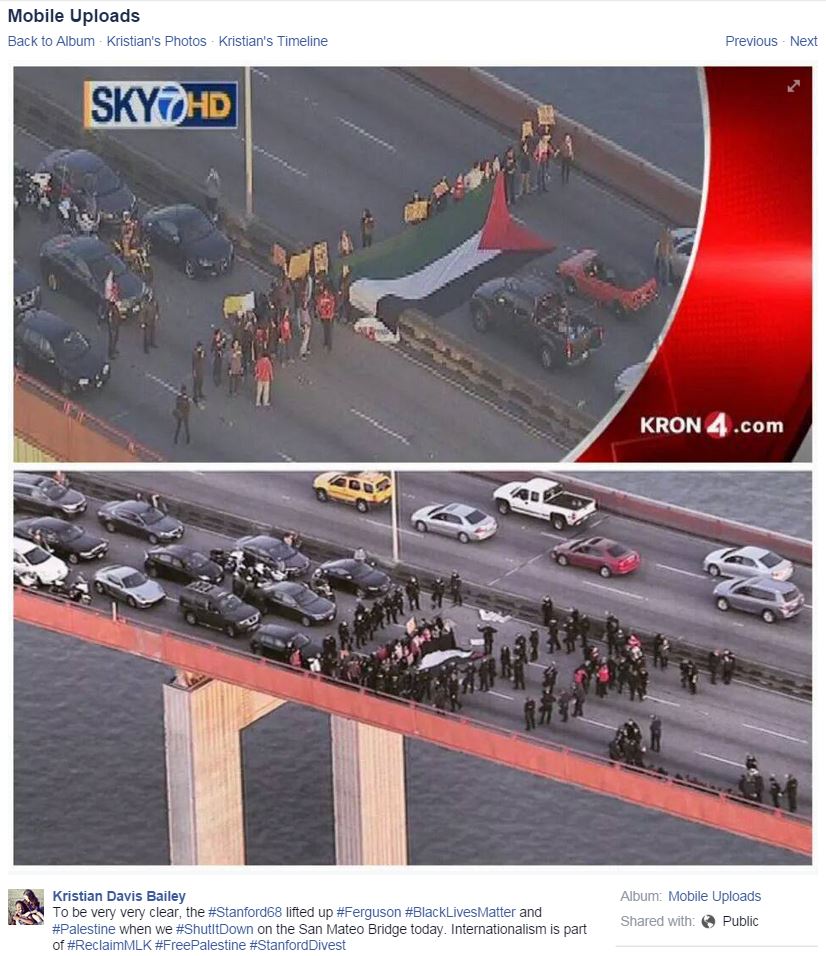 Anti-Israel academic boycott leader and Stanford Professor David Palumbo-Liu was pleased that his students were involved: 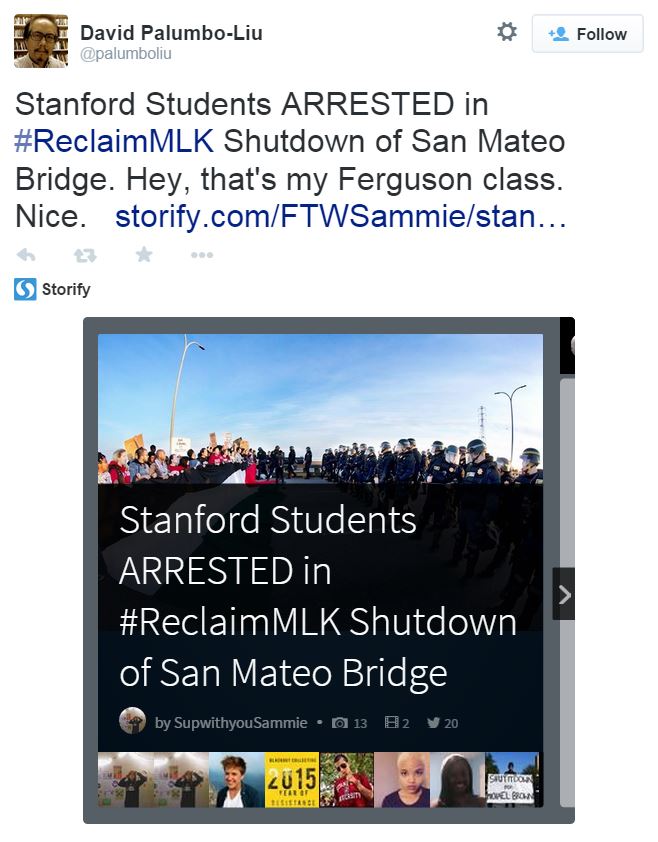 Expect more of this.

It’s the strategy we have seen time and again — turn every issue into an anti-Israel issue through exploiting domestic racial divisions.

From Ferguson to NYC to San Mateo, the hijacking of other peoples’ struggles by anti-Israel activists continues.

Protesters describing themselves as Stanford University students and carrying banners and a Palestinian flag were dropped off in the middle of the 7-mile span just before 5 p.m. Monday and shut down westbound traffic for more than an hour. The action was held in conjunction with several other Bay Area protests during the holiday honoring King.

The demonstration had a reverberating effect on the commute, causing several fender-benders and snarling traffic for hours even after lanes were cleared.

Officers responded to small crashes on both sides of the bridge, but it was unclear how many vehicles were banged up.

One driver ditched a Honda Accord on the span after it was sandwiched between cars in westbound lanes during the protest, the CHP said.

The vehicle had “major front- and rear-end damage and the person ultimately abandoned it,” Hill said.

There were at least four crashes according to local television.

An evil triumvirate has been formed between the black muslim supremacists, Nazi/fascist/communist/leftist/progressives and Islamists.

Don’t be surprised if “dreamers” eventually make that list.

It seems like in order to be authentically Black, you have to be anti-Semitic.

It was always thus.

Could never quite put my finger on why I didn’t like Marc Lamont Hill when he would show up on some of the Fox News segments – there was just something about him that really rubbed me the wrong way. Beginning to understand my visceral reaction to him now. Smarmy little know-it-all.

Another view of the demonstration. Spot the professor.