This ad almost makes you feel bad for Mary Landrieu

This ad almost makes you feel bad for Mary Landrieu 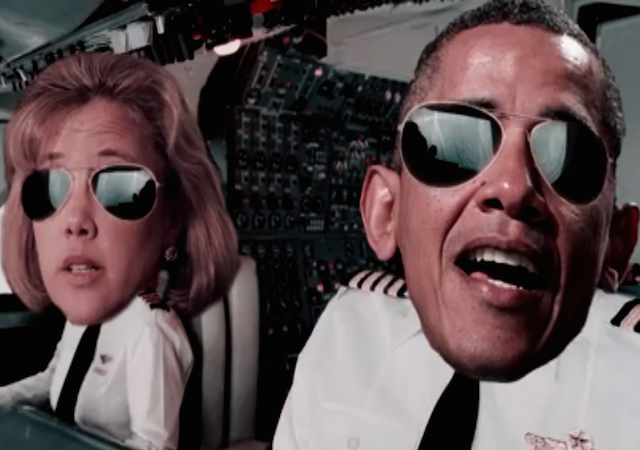 The numbers say that the Louisiana Senate runoff is over, but Republican Bill Cassidy hasn’t stopped pushing toward December 6.

In a new ad, Republicans take aim at Democrat incumbent Mary Landrieu’s hallmark failures—most of them having to do with her commitment to remain in lockstep with the Obama Administration’s spiraling agenda.

Since I’ve been campaigning in Louisiana, I’ve noticed that the airwaves are saturated with Bill Cassidy’s face; in comparison, I haven’t seen a single ad coming from Mary Landrieu or progressive special interests.

In an interview with Breitbart News, Ending Spending Action Fund President Brian Baker explained how Republicans are teeing up a spectacular win for Cassidy:

Both the Republican National Committee and other conservative groups, including the Susan B. Anthony List, have mounted an aggressive ground game in Louisiana since the November election that prompted this Saturday’s runoff between Landrieu and Cassidy.

“What’s unique about our operation,” Baker told Breitbart News, “is we do the surround-sound approach. We’re doing a lot of direct voter contact. We’re not just a television advertising Super PAC. We talk to voters on radio and online and through direct voter contact via direct mail and email. We do phones and door knocking.”

Although Baker did add that the Ending Spending Action Fund isn’t doing door knocking in Louisiana in advance of Saturday’s election because other groups have already covered that. “Throughout October,” Baker said, “we did extensive micro-targeting, all aimed at most conservative voters.”

Though recent polls show Cassidy in the lead, Baker cautioned that conservatives should take nothing for granted. “Saturday voting is unusual. There’s the SEC championship. It’s the start of hunting season. And Senator Landrieu has shown that she’s a survivor. She’s won runoffs in the past.”

I think that the Cassidy campaign and other advocacy groups are smart to keep pushing until the end. We need a Republican win by as big a margin as possible; it’ll be good for the Senate, good for Louisiana, and good for an oft-divided Republican party that has little to show in the way of successes gained from a united effort.

Your final sentiment is good, professor, push to the end, win big. Republicans/conservatives need to administer a number of crushing, thoroughly demoralizing defeats. Not cliff hangers won on recounts, questionable votes, or in the courts (we’ll take them, too) but crushing defeats, especially where the opposing candidate has been such an obvious, incompetent, pompous showboat. The proper conduct after such wins is to completely ignore the loser – no thanks for your service, hard fought campaign, blah, blah, blah. A bit like changing a flat tire on a trip. Rather, get right down to work, address the future, not referring at all to the fact that there’s a lot of the predecessor’s mess to clean up, i.e. skip the “Bush did it” routine.

If Republicans manage to win the presidency in 2016, they – not a one of them – should ever mention Obama’s name. Fix the mess, but never mention his name.