And then there were 9. Congratulations Senator Cassidy. 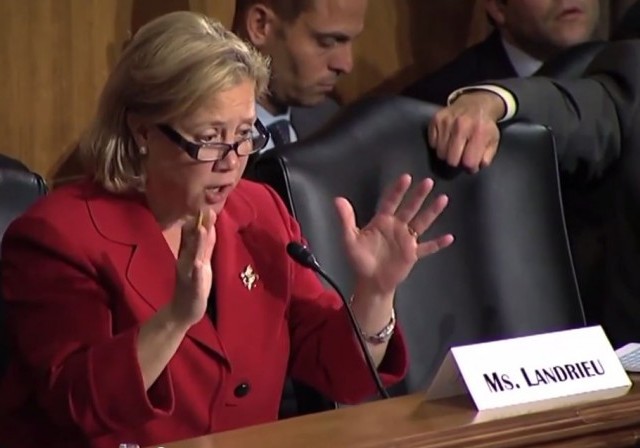 At the @MaryLandrieu party in New Orleans, James Carville tells me: "My state did a dumb, dumb thing tonight." #lasen pic.twitter.com/b6ILBVPRBB

Today Louisiana votes for their next senator. Will Landrieu overcome the odds and keep the Republican Senate gains at an even eight? Probably not.

According to polling data posted at Real Clear Politics, Landrieu will likely be giving her concession speech tonight, but as they say, “it’s not over until it’s over”:

Cassidy will “reach across the aisle”, and be”bipartisan”. But at least the Landreau dynasty took a hit.

Louisiana voters have pried that tenacious little pig’s fingers from the trough.

She’ll have her little cries for a week or so, but then she’ll be retired, on the beach and loving it, sipping mint juleps while styling in a hot pink thong bikini.