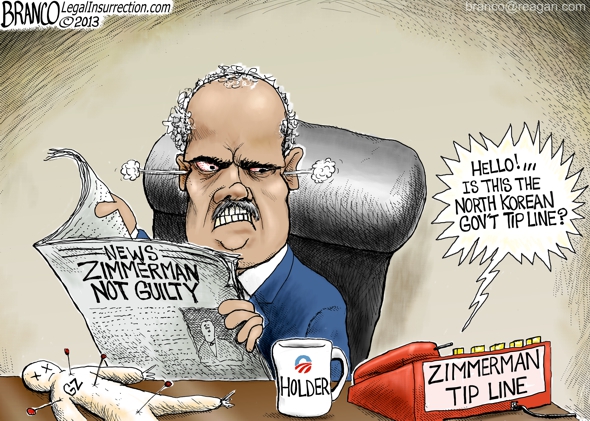 The Washington Post is reporting that the Department of Justice have found little legal basis on which to bring civil rights charges over the August 9 shooting of the black Mike Brown by white police officer Darren Wilson.  The reason:  the actual evidence simply doesn’t support such a case.

Justice Department investigators have all but concluded they do not have a strong enough case to bring civil rights charges against Darren Wilson, the white police officer who shot and killed an unarmed black teenager in Ferguson, Mo., law enforcement officials said….

“The evidence at this point does not support civil rights charges against Officer Wilson,” said one person briefed on the investigation, who spoke on the condition of anonymity because of the sensitivity of the case.

Justice Department officials are loath to acknowledge publicly that their case cannot now meet the high legal threshold for a successful civil rights prosecution. The timing is sensitive: Tensions are high in greater St. Louis as people await the results of a grand jury’s review of the case.

This information is based on interviews with DOJ investigators on condition of anonymity, presumably to avoid punishment by their superiors.  On the record, Brian Fallon, a DOJ spokesman, maintains that the Federal investigation is ongoing, and the Post reporting is based on “idle speculation.”

Having found no particular wrongdoing by Officer Wilson, the DOJ is instead seeking to bring “justice” the the Ferguson police department as a whole.  The DOJ’s investigation includes a comprehensive examination (think, proctologist) of the Ferguson PD’s policing practices.  Eric Holder, the outgoing head of the DOJ, is quoted in the Post article as stating, “It’s pretty clear that the need for wholesale change in that department is appropriate,” although no particular facts are provided in support of this contention.

The Post piece also repetitively notes (complains about?) the fact that a civil rights prosecution of Wilson must meet a high legal bar in order to be successful.  I observe such wailing about “excessive” fundamental civil rights safeguards becoming increasingly widespread among groups demanding their own private versions of “justice.”  In the case of Wilson, protestors have continually demanded “indictment now” and “trial now” without regard for any legal thresholds whatever.

It is notable that the DOJ’s investigation into the Ferguson shooting is being conducted by its Civil Rights Division, which actively helped to organize and facilitate ongoing and tumultuous street protests in the Florida shooting case of George Zimmerman’s self-defense killing of Trayvon Martin.  After many months of local and Federal investigation, and an extravagantly lengthy trial, Zimmerman was acquitted of all charges in mere hours of jury deliberations.

When even the Civil Rights Division can’t find sufficient evidence of civil rights violations to warrant charges–which is, by all appearances, it’s primary mission–you know such evidence must be scarce, indeed.

As in the Ferguson case, DOJ investigators speaking on condition of anonymity have long said that civil rights charges against Zimmerman are extremely unlikely.  In an apparent (and perhaps merely theatrical) reversal this week, the DOJ announced it was convening a Zimmerman case Grand Jury to hear witnesses next Wednesday–notably the day after Federal elections likely to profoundly shape the national political landscape.  (See: DOJ Convenes Grand Jury For Zimmerman Civil Rights Case.)

The only known witness to be called is Frank Taaffe, a self-proclaimed “friend” of Zimmerman’s, who two years after being interviewed by the FBI and denying any knowledge of racial motivation by Zimmerman in the shooting of Martin suddenly recalled a phone conversation with Zimmerman shortly after the shooting that leads him to believe Zimmerman was, in fact, racially motivated.  (See: Key Witness for Zimmerman DOJ Grand Jury Changes Story.)

Whether the Department of Justice will suddenly backtrack on its leaks that civil rights charges against Darren Wilson are unlikely is, of course, impossible to predict.

Why? Because the political expediency fairy was, sadly, also unavailable for comment.

Maybe someone needs to publicly challenge the Wrong Rev. Al to put up the money for the entire “trial” he insists on…both sides. Because surely he would not want to expose an innocent man to the risks and expenses of a criminal trial without “justice”. Nor would he want the tax-payers to flush money down the toilet of race-baiting and rabble-rousing. He should be happy to pay the entire bill…for “justice”. Right?

He is, after all, a multimillionaire one-per-center and media darling, along with being a “spiritual adviser” to Barracula.

Someone asked if the DOJ and their community organizing arm might have gone outside the law in Ferguson agitation. Wouldn’t it be wonderful if those in charge of law and order in Ferguson caught Holder et. el. red handed and holder is trying to back off with out totally loosing face.

If so I hope they write a book.

*C*R*S* people are supposed to be like secret agents. Isn’t it illegal to even identify them? How could you press charges against these ghosts?? The disturbed citizen fairy is very upset.

The political expediency fairy, the credibility fairy and the rule of law along with Lady Justice are in the DoJ’s dungeon currently being sodomized with copies of The Audacity of Hope.

the DOJ, like the IRS and EPA needs a housecleaning. Start with the subpoenas

Now that’s downright funny, I don’t care who you are. But joethefatman knows why they were unavailable.