Slogans are not what it’s all about 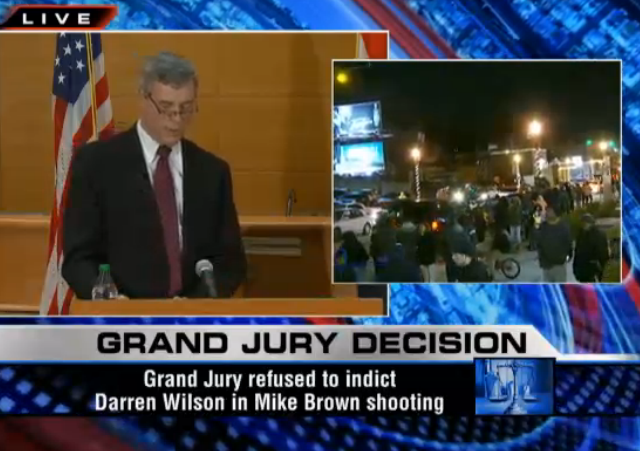 Let’s take a look at the classic depiction of Justice:

She wears a blindfold. And not because it’s Halloween. It’s because:

Lady Justice (Latin: Iustitia, the Roman goddess of Justice, who is equivalent to the Greek goddesses Themis and Dike) is an allegorical personification of the moral force in judicial systems.

…Lady Justice is most often depicted with a set of scales typically suspended from her right hand, upon which she measures the strengths of a case’s support and opposition. She is also often seen carrying a double-edged sword in her left hand, symbolizing the power of Reason and Justice, which may be wielded either for or against any party.

…Since the 15th century, Lady Justice has often been depicted wearing a blindfold. The blindfold represents objectivity, in that justice is or should be meted out objectively, without fear or favour, regardless of identity, personal wealth, power, or weakness; blind justice and impartiality. The earliest Roman coins depicted Justitia with the sword in one hand and the scale in the other, but with her eyes uncovered. Justitia was only commonly represented as “blind” since about the end of the 15th century.

The crowds of peaceful demonstrators and the mobs of opportunistic looters (in Ferguson there are both) have as their rallying cry “Justice for Michael Brown.”

To the first group, “justice” would have been Darren Wilson’s indictment, followed by his conviction. To the second, “justice” means the payback of taking a lot of stuff for free and having the pleasure of destroying a lot of other stuff. But both uses pervert the meaning of the word “justice” into “it means whatever I happen to want to see as an end result.”

Note that the crowds don’t say, “Justice for Darren Wilson.” That’s because those same crowds assume that justice is not racially blind under our legal system, and that it is automatically skewed in the direction of favoring the white man and/or the police against the black man.

Not only is that no longer standard operating procedure, but how else to redress any lingering racism than to have the goal of impartiality based on careful attention to evidence? That’s justice, as best we can achieve it in this world.

Did I say “evidence”? In the Brown case, many of those who are demanding “justice for Brown” figure that they don’t need no stinking evidence. The grand jury, on the other hand, is required to look at evidence, and in this case what they saw did not support the idea that there was probable cause to believe that a crime has been committed by this defendant.

The prosecutor has taken the unusual step of releasing all the evidence that was presented to the grand jury, so that the public can study it. Wouldn’t it be nice if they actually did?

This case reminded me so much of the George Zimmerman case. In both cases a great deal of false information was initially propagated, in effect creating myths — George Zimmerman, the racist who hunted down and shot the childlike Trayvon Martin, and Darren Wilson, the racist cop who murdered “gentle giant” Michael Brown, while Brown’ was surrendering with his hands raised.

The myth is necessary in order to fit the cases into the desired racial narrative. The myth is bolstered by the standard props: the grieving parents, the “corrupt” system, the “protesters” and their slogans and special clothing, the Presidential statement, the support of celebrities, and so on.

Once the myth takes hold it’s almost impossible to get people off of it, evidence and facts be damned.

The words of an unknown, possibly fictional, Sheriff to a lynch mob: ” Ain’t gonna be any lynchins in my town. He gits a fair hearin ‘fore we hang him.”

I just think about the “No Justice, No Peace” slogan that was thrown around for most of this little lynch mob. That phrase itself speaks to the lack of reason for those who were shouting it.