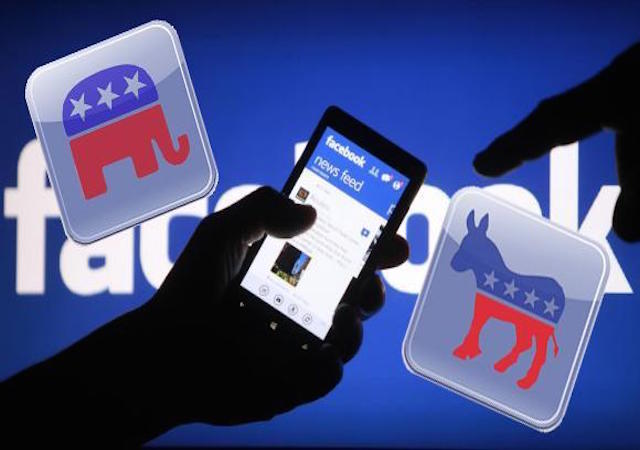 When my friends and I first signed up for Facebook back in 2003, I don’t think any of us had any idea how the platform would grow and monetize itself over the next decade. What was once the anti-MySpace is now arguably one of the most powerful tools political campaigns and marketing firms have on hand to help push their brands.

Political advertising on Facebook ebbs and flows with the cycle, but Facebook has developed and implemented a new way to read user data that will help their team make Facebook ads even more (creepily) specific. “Sentiment analysis”—or, reading a user’s feelings on a particular subject based on what they write—is desperately tricky to get right, but if Facebook can do it, everyone from marketing and political consultants to media outlets will be able to gauge reactions on hot button issues simply by looking at a “sentiment analysis.” Experts predict that this type of digital strategy could end up outpacing TV and radio as the primary platforms for regional analysis.

Facebook is on the cusp — and I suspect 2016 will be the year this becomes clear — of replacing television advertising as the place where American elections are fought and won. The vast new network of some 185 million Americans opens the possibility, for instance, of a congressional candidate gaining traction without the expense of television, and of an inexpensive new viral populism. The way people share will shape the outcome of the presidential election. Even during the 2014 midterms, which most Americans ignored, Facebook says it saw 43 million unique individuals engage in the political conversation. Now a rawly powerful video may reach far more voters in a few hours than a multimillion-dollar ad buy; and it will reach them from trusted sources — their friends — not via suspect, one-way channels.

Is this new big data push a substitute for traditional polling, though? Experts say no:

The data will be granular enough to see trends among and between states, between men and women inside states, and among age groups.

The Facebook sentiment data isn’t a substitute for polling, in part because the huge sample of Americans on Facebook still isn’t co-extensive with the electorate, but the sentiment data has the potential to be an important and telling complement to it.

We are devoting resources to this sentiment data set because of its place in the broad and evolving shift in American politics toward the social web.

I’m a big data geek, and I still believe that the preceding point is still the most important insight into changes in digital strategy. A promoted Facebook post might be the best way to get my attention, but TV is still an incredibly powerful medium for indirect voter contact with the non-digitized demographics. Direct mail and robocalls work. “Viral populism” is a new and powerful concept that campaigns will (hopefully) latch onto and take advantage of, but don’t look for your local candidate to give up valuable TV and radio time in exchange for a few extra promoted posts.

Strategy evolves with the electorate, and I for one welcome our new Big Data overlords; but the essence of evolution is time. Given time, however, we could see the battle for hearts and minds fought via clicks and “Likes”—which means you should expect to see a lot more targeted contact in your newsfeed from now until 2016.

The development of Facebook by Mark Zuckerberg is taking on a role of cultural high-jacking. An area the democrats have worked hard to do for the past 100 years, as witnessed in the Obama administration, yet this guy has done it under 10.

Positioning himself to exceed Bill Gates in both Financial and Political wealth, his impact on controlling the media via this venue of social media has, is and will become more powerful than anything we’ve seen to this point in time. The more Zuckerberg gains in these two mediums, financial and political wealth, the more elusive he will be as he garners great influence bestowed on him from the left to carry their agenda on his controlled message board.

Established in 2003 as the anti-Spacebook and now currently reported at 134 billion accounts with a 23% growth rate a year, you don’t have to be a rocket science to figure out where and how much his influence on his politics will allow him to leverage.

I have zero problem with Facebook. It’s like a TV or radio station – if you don’t like it, change the channel. Sure, it’s controlled by progressives and Democrat Party allies. So is Huffpo, which is why I don’t frequent that shop either.

Zuckerberg is doing nothing illegal with Facebook and has freedom of political expression, of course, though I agree with him on nothing politically.

Like any publicly consumed product, going too far with political influence will cost Facebook, just as liberalism has eroded away media market shares for NBC, CBS, ABC, CNN, MSNBC, etc. When AARP went totally in the bag for Obamacare, people quit in droves and competitors arose to sign them up. People eventually vote with their feet. Who knows how much it will take before users start bailing on Facebook?

The question is what the conservative and/or GOP response to this is, if any. Handwringing about Zuckerberg’s growing political influence is not productive. What needs to be done in response?

Highlighting every political move Facebook makes is a good start (educate the LIV), so kudos for The Amy for this article.