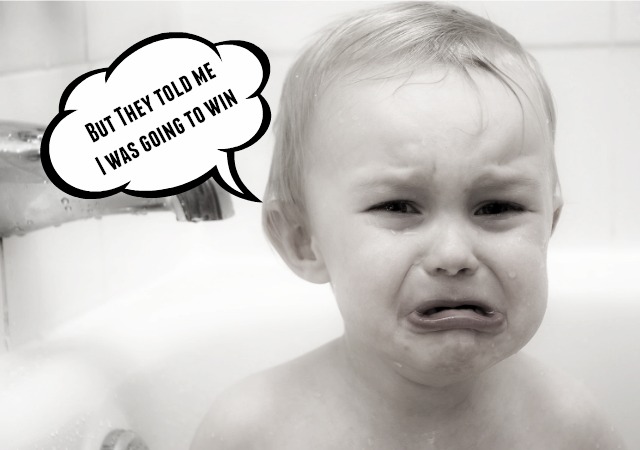 In the wee small hours of the morning, the Associated Press called the Alaska Senate race for Republican Challenger Dan Sullivan, making another notch on the GOP’s belt of ousted incumbents.

According to the AP:

Sullivan led Begich by about 8,100 votes on Election Night last week and held a comparable edge after election workers had counted about 20,000 absentee, early-voted and questioned ballots late Tuesday. Thousands more ballots remained to be counted, but the results indicated that Begich could not overcome Sullivan’s lead.

The Alaska seat was initially considered key to the Republicans’ hopes of taking control of the U.S. Senate, but that goal was accomplished before the Alaska race was decided.

Sullivan, in a statement, said he was humbled and sounded a note of inclusion. While it was a hard-fought race, moving forward “I want to emphasize that my door will always be open to all Alaskans,” he said.

“While we have challenges to address, the opportunities in Alaska and our country are limitless,” Sullivan said. “Today, we are going to begin the process of turning our country around and building a brighter future for our children.”

Begich was not conceding. His campaign manager, Susanne Fleek-Green, said in a statement that Begich believes every vote deserves to be counted and will follow the Division of Elections as it continues toward a final count.

The Alaska Democrats were less than impressed though. Taking to Twitter, they referred to Sullivan as a “spoiled child.”

Actually election officials still are counting votes in #Alaska. The spoiled child will just have to wait. #aksen

And in case you were curious how elections work, the Alaska Democratss have some news for you:

Newsflash: Candidates don’t unilaterally stop the vote count. We have a democratic process that includes counting all votes #aksen #akelect

Begich’s campaign account has not tweeted since Election Day.

At least the Alaskan Democrats handled the news gracefully.

At least the seat is going back to the GOP. If it weren’t for Dem shenanigans involving prosecutorial misconduct Stevens may not have lost the seat. Gee the 41st vote against Obamacare.

Even with the bogus prosecution – for which the prosecutors were reprimanded by the courts – Begich only won in 2008 by about 4000, most of his margin ‘coming in late.’

It’s harder to ‘find’ these votes in rural Alaska, too easily noticed when turnout gets over 100%. The current margin for Sullivan is insurmountable without a level of fraud that could not pass undetected.

About that rural Democratic vote, one of Alaska’s dirty little secrets is that is has far and away the highest percentage of people in the nation who are on public assistance i.e. cash welfare payments. Most of them are in remote rural areas. Part of this is because of the seasonal nature of much work in Alaska. Part of it is because the time limits on how long one can receive welfare do not apply to residents in Native American villages with chronic high unemployment.

It was high turnout among the rural Native American vote that gave the corrupt Lisa Muskowski her write in victory in 2010.

Begich is an infant, but with hardening of the arteries.

the district where dems notoriously stuff the ballot box. heh.