There is no next generation of leaders. 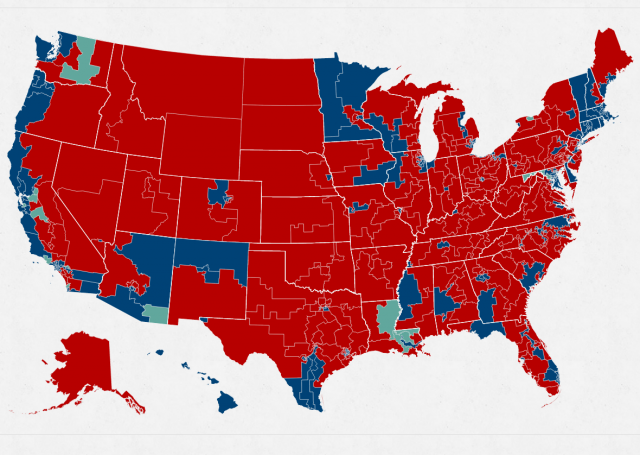 On the eve of the 2010 midterms, I noted that Democrats were about to be politically decapitated in Congress:

Dozens of senior Democratic Party leaders in the House and Senate, and in Statehouses around the country, are likely to lose. Unlike Republicans in 2008, there is no next generation of Democratic leaders.

And so it came to pass in November 2010 — other than a few figureheads, Democrats in the House (in particular) lost their leadership generation, as I laid out in my Brilliant Thoughts from Post-Tsunami, Hurricane-Ravaged, Earthquake-Shaken America:

The Democrats received the feared political decapitation. The Democrats lost, in a single night, two generations of leadership: Numerous members of the old guard, including multiple committee Chairmen, lost, as did dozens of newer members from the 2006-2008 cycles. Because the Tsunami struck in one cycle, there are no young Democratic guns waiting to step into the breach. The Democratic Party in the House is worse than a chicken with its head cut off, it is a chicken with its head and feet cut off.

The devastation of 2010 continued into 2011, as dozens of Democrats, including senior figures like Barney Frank, announced retirement. It just wasn’t going to be much fun for them in a House run by Republicans.

The 2012 presidential election was a respite for Democrats, although they gained back little ground.

Then 2014 middterms completed the task, hollowing out what remained of Congressional and state-level Democrats, as Dan Balz writes in The Washington Post, Two midterm elections have hollowed out the Democratic Party:

The past two midterm elections have been cruel to Democrats, costing them control of the House and now the Senate, and producing a cumulative wipeout in the states. The 2010 and 2014 elections saw the defeat of younger politicians — some in office, others seeking it — who might have become national leaders.

As the post-Obama era nears, the Democrats’ best-known leaders in Washington are almost entirely from an older generation, from the vice presidency to most of the major leadership offices in the House and Senate. The generation-in-waiting will have to wait longer….

The more serious problem for Democrats is the drubbing they’ve taken in the states, the breeding ground for future national talent and for policy experimentation. Republicans have unified control — the governorship and the legislature — in 23 states, according to the National Conference of State Legislatures. Democrats control just seven. Democrats hold 18 governorships, but only a handful are in the most populous states….

Without prominent statewide elected leaders, Democrats are in danger of seeing their state party structures atrophy.

As for Congress — it’s just bust.

Small extreme regional political party searches for answers as to how it lost the country http://t.co/DarsqcAAEF pic.twitter.com/M8832rQqZN

Another brilliant analysis by William Jacobsen. Something I hadn’t thought about, but it’s true that the future leadership of the Democrats has been decimated! Mr Jacobsen, you have NO idea how glad I am that you are on our side! From your physician admirer in neighboring Elmira!