but victory is far from certain. 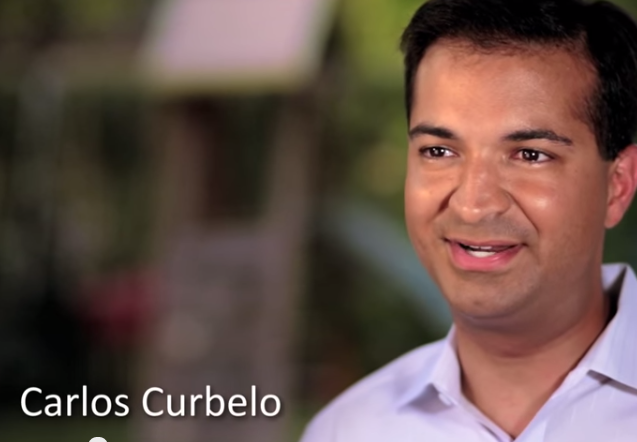 Down in Florida’s 26th district, Republican candidate Carlos Curbelo and incumbent Democrat Joe Garcia are waging fierce campaigns in one of the most competitive and important House races this year.

Clearly, polling data here is pretty uninformative, except that they show there is a sizeable group of undecided voters who will determine the election’s outcome. A Curbelo victory under these circumstances could have good or bad implications. Good, if it means Curbelo’s conservatism appealed to the undecided and Independent voters in this heavily Hispanic district, but bad if it means Curbelo has to pander in order to win those votes.

In FL26, 59% of voters are Hispanic, with a majority of those voters being Cuban. Both candidates in this race are Cuban-American.

The Curbelo campaign is running into some troubles. After weathering through allegations that he used his position on the Miami-Dade school board to siphon government contracts to friends, Curbelo now faces another skeleton in the closet, one which he cannot deny. Until recently, his public relations firm, Capitol Gains, represented two Ecuadorian brothers living in Miami who were convicted of embezzling hundreds of millions of dollars in their home country. Capitol Gains was hired three years ago to help turn public opinion against the Ecuadorean government, according to Curbelo.

Garcia has been quick to criticize Curbelo on this point, but the Miami Herald reports that Garcia has received tens of thousands of dollars in campaign donations from the same family.

Recently, too, Curbelo caught media backlash after a Democratic “tracker” filmed him calling Social Security and Medicare “Ponzi schemes” in a talk to George Washington University’s College Republicans. One of Curbelo’s top campaign priorities is entitlement reform, and his speech he said he favored indexing entitlement benefits to life expectancy so people receive benefits later.

The more troubling part of the speech is where Curbelo endorses what is basically amnesty.

Garcia is also no stranger to controversy. His ex-campaign manager and former chief of staff, Jeff Garcia (no relation), pled guilty to ballot fraud and served 65 days in jail last year; the congressman was caught on camera picking his nose and eating the earwax during a congressional hearing; and he praised Communism in a bizarre attempt to justify the Obama administration’s handling of the porous U.S.-Mexico border.

Overall, these scandals and gaffes don’t seem like they will take down either candidate. It really will come down to mobilizing bases and appealing to the 10-15% of undecided voters living throughout southwest Miami and the Florida Keys.

This sounds pretty mild to me “a Democratic “tracker” filmed him calling Social Security and Medicare “Ponzi schemes””.
But the amnesty support is troubling.