The State rests, the defense motion for not guilty is denied, and defense’s first expert witness forensic pathologist begins to shore up the reasonableness of Wafer’s conduct that fatal night 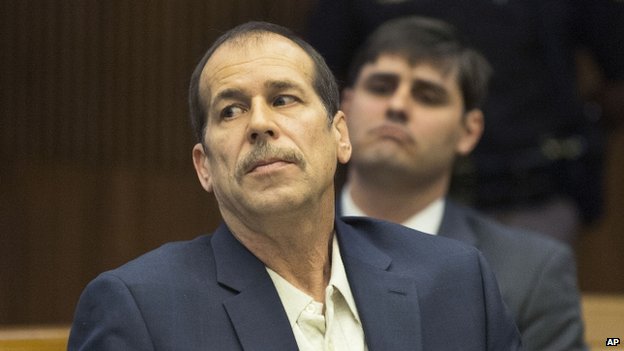 So we find ourselves at the end-of-day wrap-up for day 5 of the murder trial of Theodor Wafer for the shooting death of Renisha McBride on his Detroit front porch in the early morning hours of November 2, 2013.  This afternoon the State would rest with its final witness, Medical Examiner Dr. Kila Kesha, the defense would have its motion for a directed verdict summarily dismissed, and proceed to begin its case with its own expert witness Medical Examiner, Dr. Werner Spitz (pictured above).

Highlights of the afternoon included some continued questionable conduct around the magically appearing-disappearing-appearing $100 bill. Defense counsel Cheryl Carpenter is still obviously unhappy with the tenuous explanations offered for this–particularly as it followed that while the Prosecution, their LEO witnesses, and McBride’s mother have all claimed that she was delivered the $100 by ME Kesha, he himself testified that he’d never seen the $100, according to observers present at the court house.

As the Supreme Court noted almost 100 years ago:

“Detached reflection cannot be demanded in the presence of an uplifted knife.”

It is notable, then, the much of Dr. Spitz’s expertise is in the area of stress-induced “fight-or-flight” physiology, and how it affects a reasonable person’s conduct. It is also notable how vigorously the Prosecution is fighting to narrow Spitz’s testimony as much as possible.

Beyond this, with his background as the Wayne County Medical Examiner from 1972 to 1988 (a lengthy 16 years), Dr. Spitz is also introducing evidence consistent with the defense narrative that McBride was conducting herself in a manner likely to cause a reasonable homeowner in Wafer’s position to be in fear. Her hands, Spitz observed, were bloody and appear bruised, and the state’s ME Kesha failed to do a thorough examination of them to exclude the possibility of bruising.

This would be consistent with McBride beating on the door hard enough to injure her hards–and therefore hard enough to seriously alarm homeowner Wafer, and even loud enough to be the source of the noise overheard by Wafer’s neighbor, inducing him to exit his own home to inspect his vehicles at ~4:00 AM.

With that, let’s get to today’s chronology:

OK, folks that’s it for tonight, see you all at the mid-day wrap-up.

Oh, and if you haven’t yet heard the news about the acquittal in the MD road-rage murder trial, you can read that here:

[NOTE: Images of trial postings from the live blog of the Detroit Free Press have been removed at their request.]

Id the testimony about the $100 being done in front of the jury?
Or is it for some proffer?

I thought it was interesting that the states M.E. isn’t board certified.

Also, Dr. Spitz is a fairly impressive figure to have on your side. Nice call by the defense.

Hell, the Pros could have avoided the appearance of impropriety (or incompetence) by noting the hands themselves and blaming them on the car crash.

Giving your opponent an easy angle of attack is stupid.

Things are looking bad for Wafer; McBride was wearing a hoodie when shot. If it turns out she had Skittles or ice tea, he’s sunk!