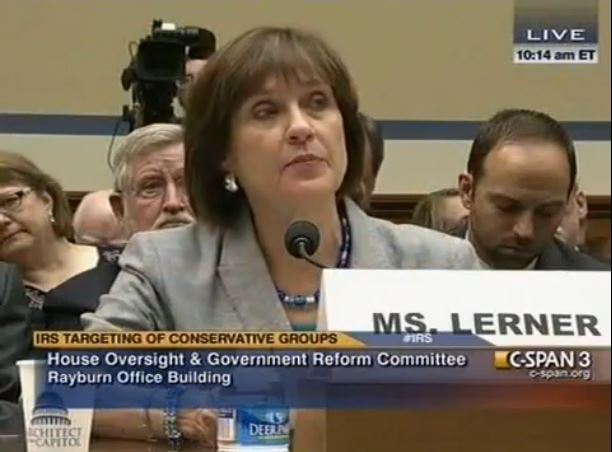 An attorney for Lois Lerner says the former Internal Revenue Service official still intends to continue to assert her Fifth Amendment rights before the House Oversight committee, despite earlier claims from a top GOP lawmaker Sunday that she would testify this week.

Rep. Darrell Issa (R-Calif.), chairman of the House Committee on Oversight and Government Reform, said earlier Sunday that Lerner’s attorney indicated she would testify before his committee Wednesday.

Speaking on FOX News Sunday to host Chris Wallace, Issa said, “[Lerner’s] attorney indicates now that she will testify. We’ve been in back and forth negotiation, but quite frankly, we believe that the evidence we’ve gathered causes her, in her best interest, to be someone who should testify.”

Wallace asked again, “Let me make sure, Lois Lerner, former IRS official who took the Fifth last May, will testify before your committee?”

“According to her attorney,” Issa responded.

Issa, the California Republican who chairs the House Oversight and Reform Committee, told “Fox News Sunday” that Lerner, the former head of the IRS tax-exempt division, would testify before his committee Wednesday, which he said he had been told by her attorney.

“As of now, she intends to continue to assert her Fifth Amendment rights,” Taylor told POLITICO. “I do not know why Issa said what he said.”

And if you weren’t already confused enough, CBS News adds this:

If it was a case of simple misunderstanding, it hasn’t been resolved. Even after Taylor’s statement, a spokesman for the committee told CBSNews.com that the attorney had “confirmed in writing that Ms. Lerner is willing to testify and she is now requesting a one-week delay for the public hearing. We have informed Mr. Taylor that Ms. Lerner may make her request for a delay on Wednesday when she appears for the hearing.”

Lerner appeared before the committee last May, when she invoked her Fifth Amendment rights after first reading an opening statement claiming she had not broken any laws or violated any regulations.

I have it on the highest authority within our government that there isn’t a “smidgen of corruption” at the IRS. /snark