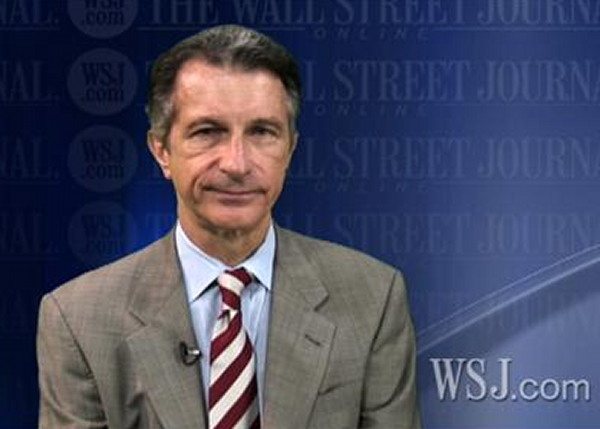 In a recent article at the Wall Street Journal, columnist Daniel Henninger posed this question:

Why Can’t the Left Govern?

Surveying the fall in support for the governments of Barack Obama, New York City’s progressive Mayor Bill de Blasio and France’s Socialist President François Hollande, a diagnosis of the current crisis begins to emerge: The political left can win elections but it’s unable to govern.

Once in office, the left stumbles from fiasco to fiasco. ObamaCare, enacted without a single vote from the opposition party, is an impossible labyrinth of endless complexity. Bill de Blasio’s war on charter schools degenerated into an unseemly attack on poor New York minority children. François Hollande’s first act in 2012, like a character in a medieval fable, was to order that more tax revenue be squeezed from the French turnips.

Mr. Obama’s approval rating is about 43%, Mr. de Blasio’s has sunk to 45% after just two months in office, and Mr. Hollande hit the lowest approvals ever recorded in the modern French presidency. The left inevitably says their leaders failed them. The failure looks self-inflicted.

Mr. Henninger is a very smart man and although I’m probably not qualified to do so, I will attempt to answer his question.

The reason the left can’t govern is because the left has no interest in governance. The left is, was and always will be interested in only one thing; activism.

Obama is an activist president. The judges Obama has appointed to the United States Supreme Court are activist judges. The vast majority of media figures who support Obama and the Democratic Party are activist journalists. Obama’s base is made up almost entirely of activist voters.

It’s impossible to effectively govern a nation if you view it as fundamentally flawed. Leftists have won a number of elections in recent years but they can’t run the government while they’re holding protest signs against the country they were elected to serve.

The “progressive” Left are a bunch of self-centered Id-ruled tyrants with no sense of propriety or boundaries. Their interest lay solely in wielding Power like a weapon to enforce their will. And they’ll say and do and lie about anything to achieve that position.

Progressive fascism is a religion in which the believers work together to destroy our country so they can rebuild it as a progressive fascist utopia. A utopia where they control the state and the state controls every aspect of society.

Not much different than Nazism, Communism and Muslims. They all believe that the ends justify the means. That they have to control society because they know better than everybody else.

This religion guides them to work together for the cause. Teachers teach their students to hate the country and indoctrinate them into the progressive fascist cause. MSM progressives manipulate the news and lie to their viewers/readers for the cause. Federal employees break the law so their dear leader can use the government against their “enemies”.

Activism is a symptom not the cause. The left cant govern because they suffer from Perpetual King for a Day Syndrome. King for a Day is an intellectually lazy mind game that we played in college three decades ago, though I’m sure it has migrated to k-12 education due to the progressive bent of today’s teachers. Basically it is group of people sitting around dreaming of all the ails of the state/country/world one could fix if one has the ultimate plenipotentiary power to effect monumental changes in one day.

To understand why I use that seemingly contradictory phrase, one has to look back at the history of utopianism (I suggest Levin’s Ameritopia as as a good start). While most everyone has dreamt of utopia or Heaven on Earth, the left is far more susceptible to carrying this irrational idealism throughout their lives. I called King for a Day intellectually lazy because it allows the participants to ignore reality – sure it is a mind game but its fundamental premise is one can entirely disregard human nature. Humankind are not Borg.

A side journey at this point is rather important. All economic/political systems this world has experienced have ignored/disregarded/fantasized Human nature. On the right there has never been, and will never be, a free market. There are always cultural, societal, and governmental controls over markets. Robber Barons existed because the existing power structures allowed them – the greed for power and wealth working hand in hand. On the left there has never been, and never will be, a harmonious communal society. Privileged idealism allowed for, and in fact encouraged power and wealth hungry tyrants and dictators to purge their countries of non-like minded citizens.

Now getting back to the difference between left and right (and note I’m leaving out Monarchies – left or right they believed a divine providence to rule), idealism is far more pervasive on the left; it is encouraged, imbred, and indoctrinated in their core soul. Feeling good about doing good is all that matters, irrespective of the outcome. In fact, today’s left believes that merely because their ‘heart was in the right place’, they are indemnified against all the plight, suffering, and death their idealism has caused.

The left plays King for a Day, every day, and perpetually ignores the reason they havent succeeded in creating their heaven on earth is their own delusional idealism.

The left can not rule because they believe that human nature is malleable, that they can cajole, or if necessary thrash, imprison, or kill, those that do not agree with them, to gain acquiescence for their brilliant idealism – their myopic vision of Utopia.

I add that, today, it is unproductive to accuse those with whom you debate of a host of provocative labels; Marxist, Communist, Socialist, TeaParty, Libertarian, Christian Conservative… Islamist… jihadist.

Given the climate of western culture, we all know it is only the middle three that really draw the ire of prominent media. Noteworthy they are scared to death of the last two, and complicit with the first three.

The reason I am reluctant to use the first three terms is that it is counterproductive (most of my friends and family have been conditioned by the leftist culture I allude to below). While it is much more accepted to call a small-l libertarian a TeaBagger, it nonetheless rankles. The reason for this cultural disparity, Marxism is the root of all modern leftism. And leftists are loath to acknowledge that foundational premise of their ideological bent.

I was born a bit before our current Presisdent. My sister was earning her M-Div about the same time Obama got his M-Law. My BA-Hist pre-dated those and my BS-ENG post-dated them. I know the tenor of education of that time.

A majority of my History/Poly Sci/Philosophy (socialogy and economics as well) Profs had been adherents to or sympathetic to, the Marxist ideologies rampant within the University a decade earlier. After all, it was the hip thing in the 60s and 70s. So in the 80s, my professors were not committed Marxist nor committed Communists. But they were very sympathetic to the underlying principles. They made no bones about what their preferential governing system should be.

Visions of Lenin’s Vanguard. They were the enlightened, privileged, and they were entirely isolated from the trials and tribulations of the masses they so wanted to ‘help and serve’ (read rule and control – the masses are too stupid to know what is in their best interests). This the ideological underpinnings of today’s prominent left.

here’s most of why they can’t govern and their idea’s always end in catastrophe… first, from the start their idea’s are based in delusions and pretty much all hardcore emotional feelings, irrational idea’s or illogical thought, the prequisities for such are all deluded…
so the end result always doomed to total failure

but to a liberal in the medieval peroid… building a stone wall would in some way contribute to (that hoax) global warming or would siphon money to someone who may benefit from whom isn’t them (the leftists).
….and thus they would literally force you or try to get the king to pass laws to force you to build it out of cards
even though an entire castle made out of cards wouldn’t be cost effective costing billions more just to do vs walls… but it would shatter the moment someone touched it, or worse provide no protection from a foriegn army should they decide to invade.

if they can’t get force to do it with goon thuggery (unions) …then they need to be in control to change the laws in their favor …to force you to do their biding.

but the libs are so concerned about their delusions..
that they don’t care about bad results or the consquences of their actions…

…that to bring up these facts and details would drive them into insane emotional tyranical rage libs would try to give a reason for their delusion… but they wouldn’t be able to form a rational arguement and so they would have to resort to calling you a racist, or a hater… to mask their own stupidity.

reality just tends to be against them 99.9% of the time.

I actually don’t know if it’s intentional, or accidental… sometimes I think what they do is intentional – more because they hate the success of nation and usually are jealous of those who have some degree of natural prosperity while they are stuck being total losers.