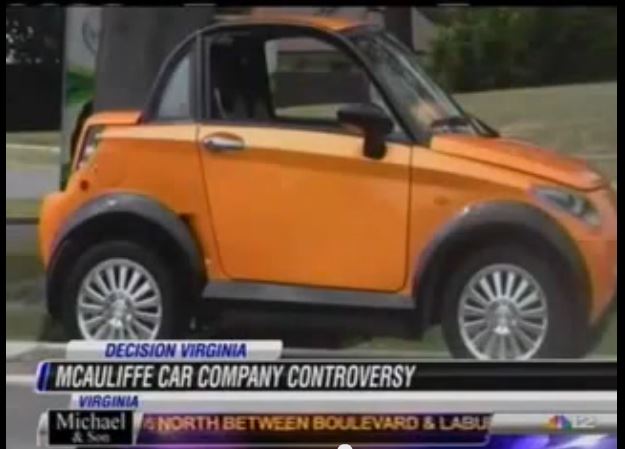 Depending on poll, the Virginia Governors race either is close or a Terry McAuliffe runaway victory. None of the polls show Ken Cuccinelli ahead.

But several of the recent polls show low single digit margins. Via RCP:

From a distance it certainly seems that Cuccinelli has run a weak campaign, and the third-party libertarian candidate could be the difference. That’s one of the reasons both Ron and Rand Paul are campaigning for Cuccinelli.

So come on Virginia Republicans, GOTV. Carry people to the polls, if need be.

“Libertarian” candidate Sarvis seems like a phony. He’s a “social liberal” but read the linked NRO profile and he sounds like a progressive!

Maybe he’s a plant financed by the McAulliffe coven to insure the election point spread?

I’m as conservative as they come and I think the government should stay out of the who can marry whom business, the determination of what is living and what is non-living business, and that tobacco should not be given special legal treatment over marijuana…legalized marijuana would piss off drug dealers more than anyone because they have a choice to either go legit and pay taxes like everyone else or quit.

No, you’re not “as conservative as they come.”

The fix has been in for McAuliffe from the beginning; the only difference is now with the Obamacare roll out debacle they aren’t going to be able to steal it by as large a margin as they thought; now they are preparing for the same kind of 100,000 vote margin “win” for McAuliffe as Obama “won” in 2012.

What a silly question, Prof. These are Democrats we’re talking about here. Lies, deceit, corruption – that’s all part of “winning” in politics. The goal apparently is not just to promise a chicken in every pot, but to promise the biggest chicken.

If the WaPo’s Dana Milbank is to be believed, the Democrats did not expect to win this race. Milbank claims that Cuccinelli’s supporters got the Virginia GOP to scrap the state’s primary, in which Cuccinelli’s opponent was supposedly favored, in favor of a nominating convention in which Tea Partiers had the edge.

However, Milbank fails to point out that the VA GOP scrapped the state’s open primary, in which nonRepublicans could vote. He does not discuss the scenario in which the open primary would have been replaced by a closed, Republicans-only primary.

Afaic the omission is crucial.