My first reaction when I saw this on Twitter was, is this a joke? The day after being sentenced to 35 years in prison, this?

Apparently it’s serious.  Manning announced on NBC via a letter that he will sue to force the Army to pay for hormone therapy, and presumably a sex change operation at some point, and to go by the name of Chelsea Manning:

“I am Chelsea Manning. I am a female.": Watch the interview with the Army private's lawyer. http://t.co/KiNexLVDeZ 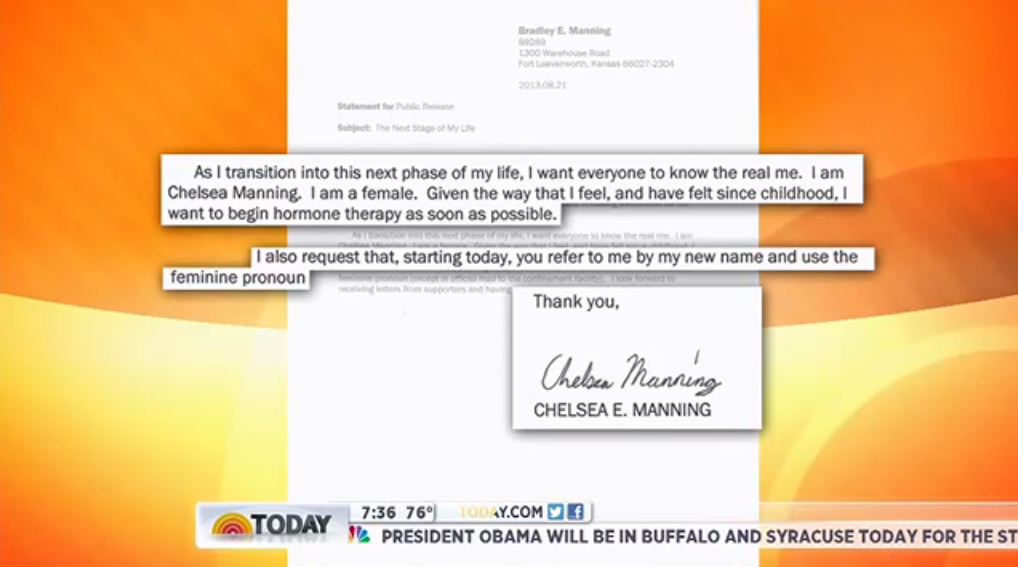