And you thought it was bad here.

Via Tim Blair’s blog (h/t sdog), an image that ran last Friday morning in the Sydney Morning Herald, as part of a column praising Obama for not  jumping to conclusions as to the source of the bombing, Bomb response refreshingly honest:

This is a far cry from the kind of hysteria that typically follows a terrorist  attack.  There’s no talk of smoking anyone out of their holes, or bombing anyone  back to the Stone Age.  There’s no with-us-or-against-us ultimatum.  Sure, this  attack isn’t as apocalyptic as September 11.  But it is just about impossible to  imagine that if the Boston Marathon had been bombed 12 years ago, the response  would have been so restrained….

But it’s possible, too, that this reticence is a product of the very real  suspicion that the perpetrators here are self-styled American patriots.  At this  point, most analysts are leaning that way.  And while it’s entirely possible  they are wrong, there’s something chilling about realising that this violence  might not be something that can be assigned to a demonic other.  Maybe we’re  speaking in more hushed tones because our own societies might just be  implicated. 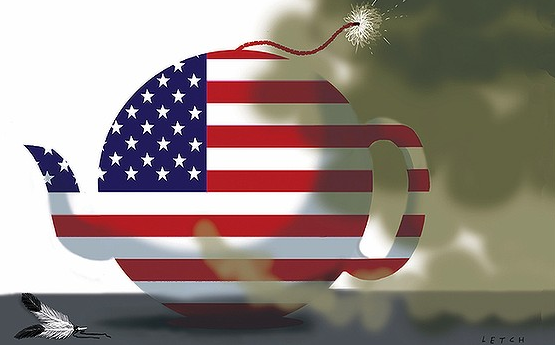 No wait- I’ve got you beat. A truther thinks the bombing was done by dead Navy Seal Chris Kyle’s security start up.

Granted this is rif raf and not MSM, but deserves honorable mention for idiot.

I just read a sample of Waleed’s terrorism / public killings related stuff & am none the wiser on anything.

He speaks very nicely & has managed to not have the Arab guttural thing which is why he gets these.Public radio jobs & the lecturer thing too.

I think he actually says nothing but people are so happy he does not sound Arab. He got his break into public life when Egypt was not MB . When they were the good guys.

That way they could say – See We Have Muslims -& not have to hire a dreaded Lebanese one.