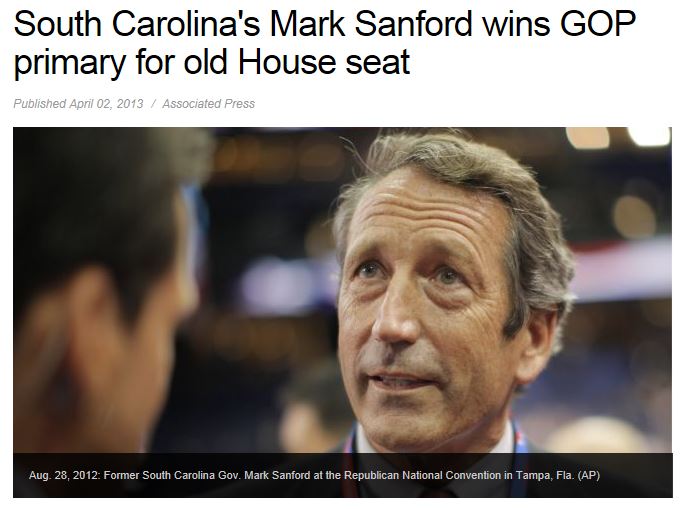 Forget #SC01 #SC1 This is the race that matters tonight hosted.ap.org/dynamic/files/… 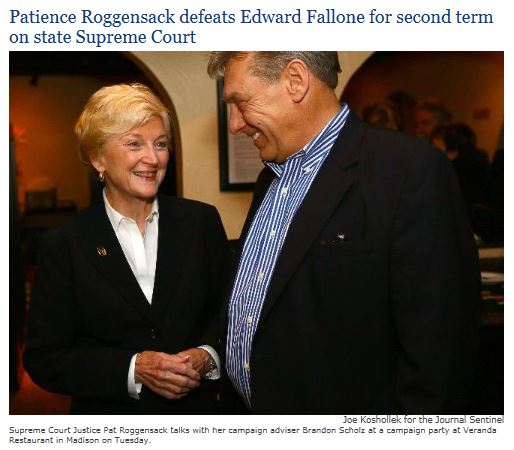 “Justice Roggensack said if she had not got in between the two of them, she believes Justice Bradley would have “smacked him in the face with her fist .””

i think it was a setup that he has the tables turned on….hence the turtle, sitting on the fence of the whole enchilada.

The mere act of Sanford running is a renege on his promise to term limit himself in the US House. (Before he became governor, he was a US House representative, promised to serve and leave).

The May general election is not that far away. Why not holster some of the hostility for Sanford and see who wins, the Far Left sister of Colbert or the character-challenged Sanford? In my case, I prefer Sanford over the Far Left D candidate. What tempers my distaste for seeing Sanford elected is his long service as a conservative in Congress and as governor of SC. I hope some of the deep hostility to him is pragmatic: You think he’s going to lose, thanks to his sex-related behavior. I do try to remember, “He who is without sin, cast the first stone.” Note that Jesus did not say, “He who has not committed adultery cast the first stone,” but without any sin. Forgiveness and 2nd chances are a longstanding American traditions. I don’t think they’re bad ones.

You realize your premise demands you also stop criticizing Obama?

It’s real pretty sounding stuff and all, but basically it says nobody can criticize (cast a stone) anybody because everybody is guilty of something. Are we to assume you’ve never criticized anyone? Or, if you have, that you’ve never ‘sinned’?

“Are we to assume you’ve never criticized anyone?” No, it’s not that black-and-white. Christians often say, “Condemn the sin but not the sinner.” If the “sinner” repents and (hopefully) makes amends, we Americans tend to be forgiving. “Casting the stone” is at the person, not the sinner. Jesus told his followers, “If you do not forgive your brother his sin, neither will your Father who is in heaven, forgive you your sin.” Now, Sanford did not sin against me, but against his wife. It’s between the two of them; I’m on the sidelines. My interest is in having the more conservative of the 2 general election candidates elected at this point.

Biblical teachings are always a bit paradoxical: the Bible instructs Christians to be “discerning” when dealing with others. Don’t associate with open, explicit sinners who show no inclination of repenting. If you do, you’re tell others that open, explicit “living in sin” is okay with you. It’s not; sends the wrong message to others. So one is forced into making judgments about others after all.

If one decides Mark Sanford’s affair with the Argentine woman falls in this category, then carry on. Don’t vote for him in the general election.