Shootout with Boston Marathon Suspects — One dead, one on loose — developing

Shootout with Boston Marathon Suspects — One dead, one on loose — developing

Suspects believed to be from abroad, foreign trained. “We believe this man to be a terrorist, someone who came here to kill people.”

Watertown, MA on lockdown as explosives set off. All mass transit suspended in Boston. Also all taxi service.

NY Times has summary of what happened overnight.

Suspect #1 on loose, initially was reported based on police scanner chatter as Sunil Tripathi the Brown University student who disappeared several weeks ago — but AP reporting two suspects were from area of Russia near Chechnya: 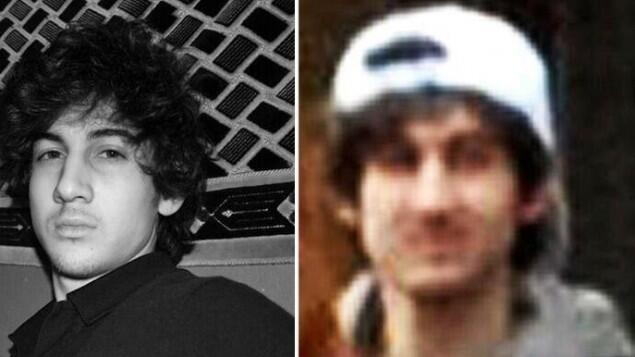 MIT officer Sean Collier, 26, of Somerville, was identified as the victim in last night’s shooting. twitter.com/cambridgechron…

NOTE: This post is being updated and changed as reports and information develop.

MSNBC “reporters” on suicide watch. Chris Matthews committed for “24 hour observation” as he kept repeating “right-wing”, “tea party” in preparation for his show rather than reading the teleprompter provided for him.

FOX News TV this morning just now: Martha McCallum is confused … isn’t Russia the natural enemy of Chechnya? Why would Chechnyans want to attack the US?

No mention of radical islam.

Martha McCaskill in hearing yesterday can’t grasp why Boston is terrorism and Newton is simply massacre. This from a senator on the Homeland Security Committee.

An urban area with hundreds of thousands of people is ordered locked down while one or two armed fugitives are pursued.

Meaning no disrespect to the dead and maimed, I wonder if the terrorists won this round.

The lockdown decision warrants scrutiny from a number of perspectives, not the least of which is civil liberties. Will, and should, the American people stand for this kind of thing?

I’m posting at the bottom of a preempted thread because this is probably not the moment to have the discussion—but it’s not too soon to flag the issue.