Ace has the photo of the take down. 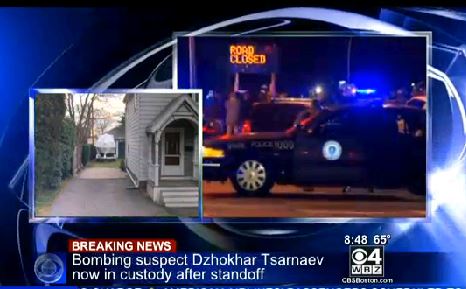 Suspect in custody. Officers sweeping the area. Stand by for further info. 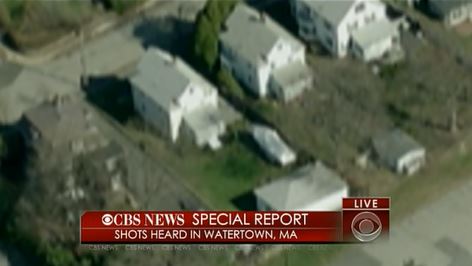 Obama fails to stop Islamic terrorism from reaching US shores.

Obama covers the part here nobody will ever find out the reasons for this terroristic bombing by wrapping it in a cloak of a permanent investigation.

All Law enforcement should proceed from a ‘tip-of-the-iceberg’ theory. And an intelligent nation should walk OVER the White House to support them.

Harvard has offered Tsarnaev tenure, MSNBC an anchor position, CNN a ‘special correspondent’ position, the NY Times a regular column, Harvey Weinstein an 3 picture deal, Obama a special Ambassador without portfolio, Hillary Clinton as adviser to Islam, and Chris Mathews who got such tingles from Tsarnaev that he wants to have a three-way with Tsarnaev and Rachel Madcow.

Oh, come on now. Do you really think we are a bunch of rubes are are going to believe all that crap?

We all know her name is spelled Maddow.

No wonder she never answers my letters!