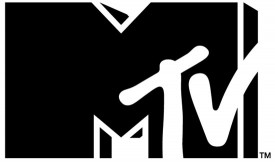 Last year at liberal conference Netroots, Darcy Burner, the woman who introduced Elizabeth Warren, reminded the audience of the cultural power the left has at its fingertips. She said to the audience (start at 16:50):

That is cultural change. Because television has given us — now everyone has a gay best friend whether they actually do or not. We’ve changed the stories in people’s heads, and that has changed what is possible.

Burner’s quote came to mind this morning when i read the headline about MTV’s latest television series, “Generation Cryo,” which depicts the lives of a series of children fathered by the same sperm donor as they try to locate him. A post about the series on MTV’s website says:

“Cryo” is a look at the issues faced by a new generation of kids coming of age who were conceived via anonymous sperm donors and are redefining what it means to be a family.

Rather than cater to the younger demographics the network purports to serve, MTV does them the ultimate disservice by redefining and undermining those institutions that will serve them best. Meanwhile, Darcy Burner’s stated goal, to harness cultural power, marches on.

Cryo is one of three new series the network is planning.

I am proud to say that my state’s voters have TWICE! refused to send Darcy Burner to Congress. She is a fool.
When she ran for Congress about 5 years ago in my Congressional district, she claimed to have an economics degree from Harvard. That was a lie. She lost to Dave Reichert in the general election (a man for whom I refuse to vote). So, she moved to another district and her own party wouldn’t even let her out of the primary. She was trounced.

Washington is a pretty liberal state, but they have the good sense to recognize – most of the time – an idiot when they see one. I am not at all surprised that she was embraced by the Netroots hive, though.