Reports coming in of explosions near the finish line at the Boston Marathon.

6 p.m. — At televised news conference Boston Police Commissioner denies that a suspect is in custody contrary to prior reports.

7:45 p.m. — There really is no new “news” coming out of the networks or elsewhere, so I’m not going to open a separate post yet. You can follow developments in the Twitter feed below. Early speculation often is wrong, so let’s wait for the facts.

Video as explosion happened (Via): 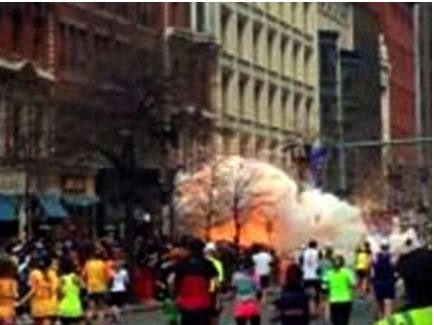 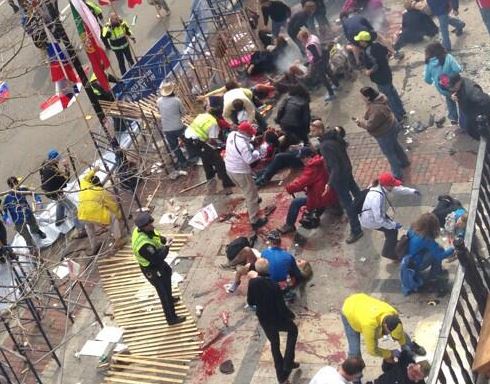 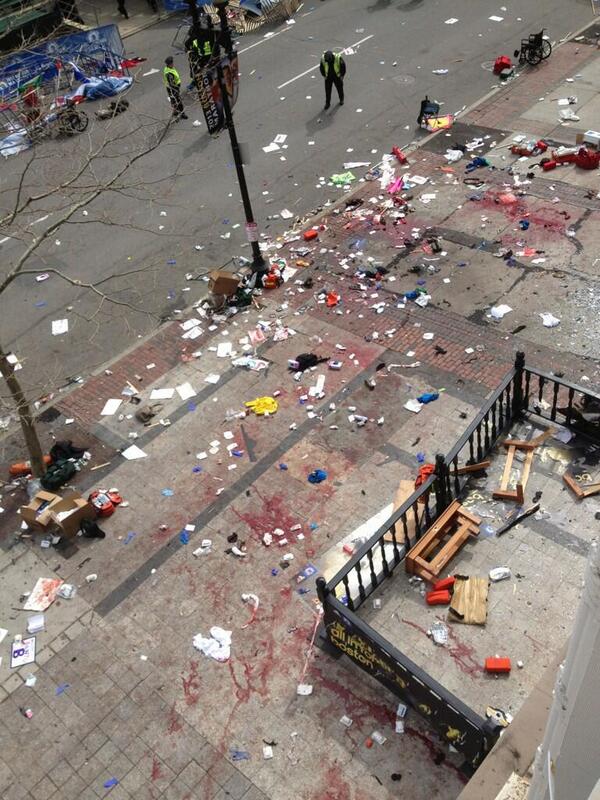 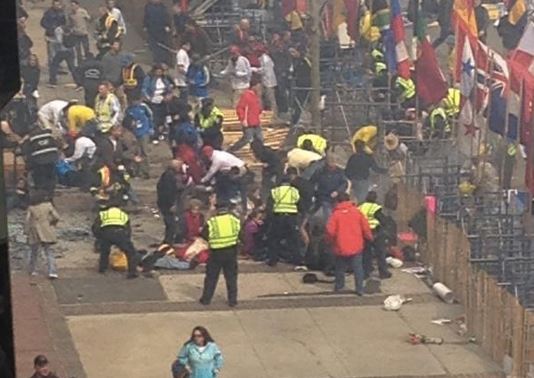 I’m all for kickin’ the ever living shit out of America’s enemies.

If that means invading our enemies and charging them for the privilege of being occupied, fine. If it means isolating them to eat sand, that’s fine too. Whichever is better for us.

How bout’ we start with calling “it” what it is, instead of this tired-ass Obama mumbo jumbo politico bullshit, such as “man made disaster”.

You don’t hear me objecting.

It’s called terrorism and they are terrorists, and his presidency hasn’t changed a damn thing.

And the previous president, who apparently thought he was auditioning for a part in Top Gun instead of being commander-in-chief, didn’t change nearly enough. (I give him credit for the surge, though.)

After 9/11 was the first time I missed Nixon.

This was a reply to Skullman.

it got a bit crowded up above but ..

To Paul – yes I know about Logan & also Maine airport but that was in 2001 & things have tightened up . There are enough foreign illegals in Boston without sending in more.

To Juba – many African runners are Muslim including the Gold medallist of the 5 & 10000m in London is one Mohammed Farah. I know he is planning a marathon soon.

to Neo – thank you for noting that April the 15 is the date of Abraham Lincoln’s death .Who can forget the evil sermons preached by the Bostonian Catholics in celebration?

I don’t get putting Israel above a massive day of reflection on America .

We are ALL OVER the tragic bombings in Boston on CC…

Video of the event itself

I know we’ve become a society of news junkies but does the media need to report the tiniest, insignificant crap just to fill time?! Can’t they just return to regular programming & come back when they get REAL info?!
I love the person who posted how their kids teacher said it was all “Bush’s fault”…WHAT, that teacher should be fired. We’re not allowed to speak of God in school (save the Pledge of Allegience & even that’s at risk since the damn ACLU has been frothing at the mouth to put a stop to it) but political pov’s are ok? Hmm, interesting! It just proves my point…Most people are so dumb that the fact earth continues to function is amazing. Oh wait, it’s just barely functioning. I guess that proves my point even more.
One last thing…let’s stop automatically jumping on foreigners as the cause of these things. Believe me, I am we’ll aware that their extremist groups are to blame quite frequently but let’s not make them hate us any more than they do already & thus provoke them. Besides, do we really want to cause an international incident while eating a big fat slice of humble pie?
Hang in there Boston! We’re praying for you & those injured/deceased <3