We just received the official Plea Agreement and Statement of Offense.

Here are the signature pages, the full documents are at the links above. 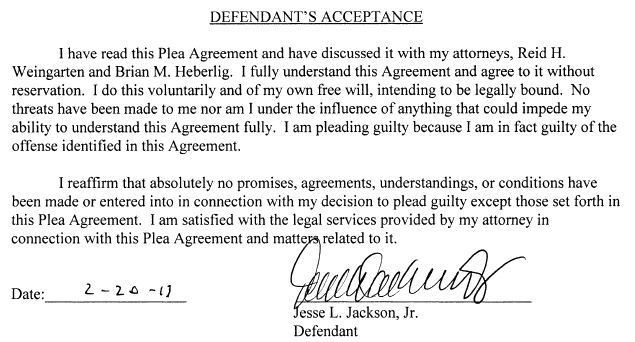 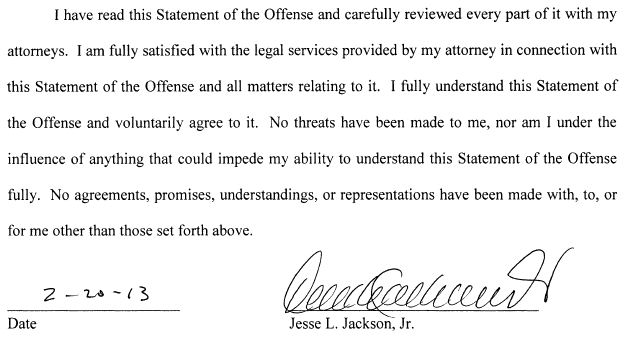 What did he sign his name with, a Spirograph?

From his handwriting, one might assume he is wound up about something.

Although I can understand the evolution of the use of plea agreements, I consider them a violation of the spirit of the constitutional requirement that the accused be tried by a jury of their peers.

That right is not only for the accused’s protection but for the public to see and hear the charges and see and hear the evidence and to understand the effects of the laws passed in their name and the usage to which those laws are put and the individuals and circumstances that may fall afoul of those laws.

The plea agreement is not just a bargaining tool to speed up the system and to allow quicker justice, it is a club over the head of the innocent and guilty alike.

The guilty my be coerced into false testimony and claim others as abettors by promises of leniency and the innocent may be otherwise accede to an agreement out of fear due to the vagaries of law that may find them guilty despite their innocence. They also may agree as they foresee the drain of financial resources due to the power of the Government to relentlessly pursue prosecution regardless of facts.

We have seen this play out many times and the stories are heartbreaking and shocking in the callous disregard for the rights of the defendant by prosecutors and contribute to the rising contempt of our legal system.

The United States is founded on the principle of the rule of law. When the populace becomes convinced of the unfairness, capricity or vengefulness of the law, they will become disrespectful and contemptuous of it and it’s purveyors.

We’ve seen this. Prosecutorial zealotry has become so widespread that it has surfaced into popular dialogue.

Over charging a defendant has become common place and is used to silence those who would normally have been able to defend in the initial/core charges successfully but who relent to a plea agreement due to the odds of being successful in the face of multiple charges.

Lawyers are despised and derided daily and have been so for hundreds perhaps thousands of years but they are fast making the perception the reality by their continued acquiescence to this despicable behavior.

Jakee, the accused isn’t forced to sign a plea agreement. If coercion exists and can be demonstrated, then the plea agreement can be appealed.

The one point you make about over-charging defendants, however, and with which I agree, is a result of too many overlapping and under-enforced laws on the books. We need a good vetting of our legal code, and simplify the whole system.

This is disingenuous. The might and power of the state is arrayed against an ordinary citizen with few financial resources and if they’re in jail due to no bail or restrictive bail they have limited access to garnering additional resources.

The Prosecutors routinely over charge for the purpose of coercion to scare the defendant into a plea bargain that may or may not be in their best interest.

Because he can sign or not you say he’s free from coercion.

Who is Deece Ceeleeeur Jr?