Noted University of California – Berkeley economist J. Bradford DeLong has figured out why Mitt Romney is so far ahead in the Gallup tracking poll of likely voters.

His theory  is that Obama supporters like him are only now figuring out where to vote, so they do not pass Gallup’s likely voter screen.  Apparently, when contacted by Gallup and asked whether he is likely to vote, DeLong responds “where?” 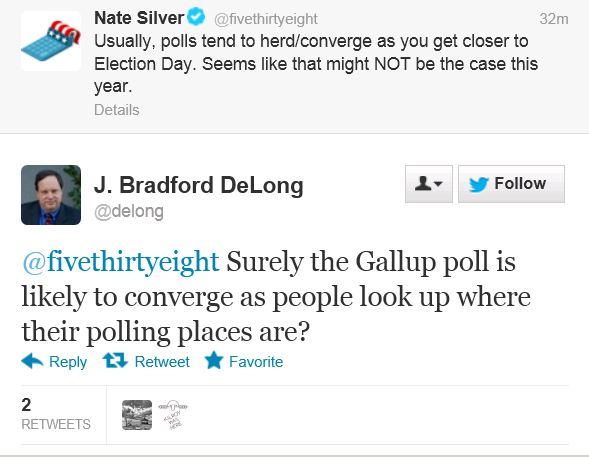 And now we know. A week out from the election, Colonel Mustard’s second favorite pollster misses a presidential election by 8%–and 3/4 of the error is in the likely voter screen…

Come back to reality, people! You can mark your beliefs to market if you try!