Will God still be on Dems side if Hurricane Isaac buries New Orleans?

Will God still be on Dems side if Hurricane Isaac buries New Orleans?

As news broke that a possible hurricane might disrupt the Republican National Convention, I predicted that Democrats would become religious quickly.

Not religious in terms of religion, but in terms of proclaiming that God was on their side for disrupting the RNC:

Sure enough, former Michigan Governor and now left-coast flame thrower Jennifer Granholm has proclaimed that God is on the Democrats’ side (via John Nolte):

R convention delay due to Isaac:I guess God has ways to shut that whole thing down

Seven hours later, after people called her out on it, Granholm said she was just kidding.

The only problem with Granholm’s jest in which there was truth is that the projected path of Isaac may cause a little disruption to the RNC, but it is looking more like Katrina, Part 2: 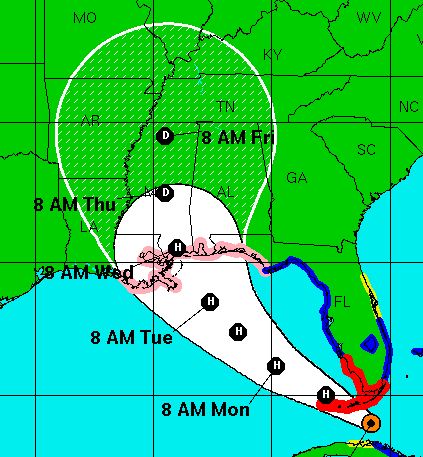 Does Granholm still feel that God is on Democrats’ side?

[…] Will God still be on Dems side if Hurricane Isaac buries New Orleans? (legalinsurrection.com) […]