Saturday Night Card Game (NBC gets an itsy, bitsy taste of its own medicine)

Saturday Night Card Game (NBC gets an itsy, bitsy taste of its own medicine)

NBC is being accused of racism because it ran a promo for a new series featuring a monkey after a segment in which Bob Costas talked about Gabby Douglas’ Gold Medal in gymnastics. 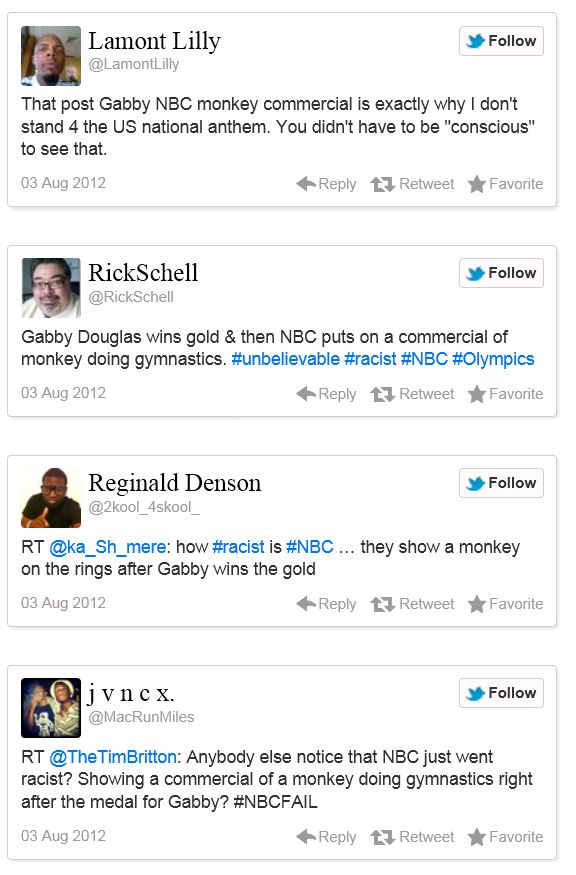 Association is not causation. That a commercial about a monkey show ran after an announcer talked about a black person does not show that the commercial was run in order to draw inappropriate comparisons.

NBC, needless to say, says it was just a coincidence with no bad intent.

And most of the media covering the racism claims played it pretty neutral, giving NBC the benefit of the doubt.  AP headlined the controversy as “Poorly Timed Ad.”

I’d like to feel sorry for NBC for coming under such a plainly false accusation of racial intent.  Except it’s what NBC does to others all the time, including when dealing with Mitt Romney:

MSNBC now is almost all race card all the time:

Now NBC knows how it feels, for just a relative nano-second.