Anne is at the Romney-Ryan rally in Waukesha.  She says the crowd is so large they had to move the rally from indoors to outdoors to accommodate all the people.

We’re still trying to confirm the crowd size estimate.  (Campaign says 10,000, which is similar to what Anne was told.)

Apparently three protesters managed to interrupt the speeches.  Here’s a tweet of one heckler.

Here are some photos Anne sent along.

The line of cars seemed to go on forever: 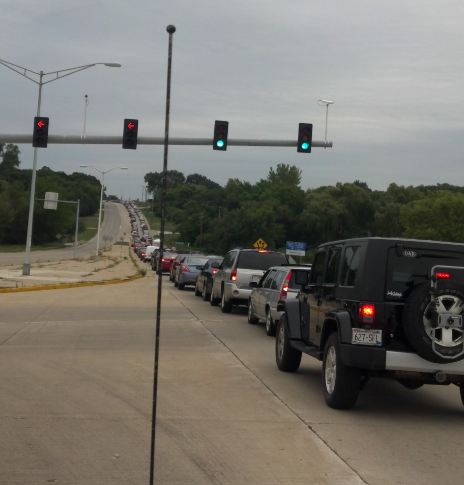 The crowd was large: 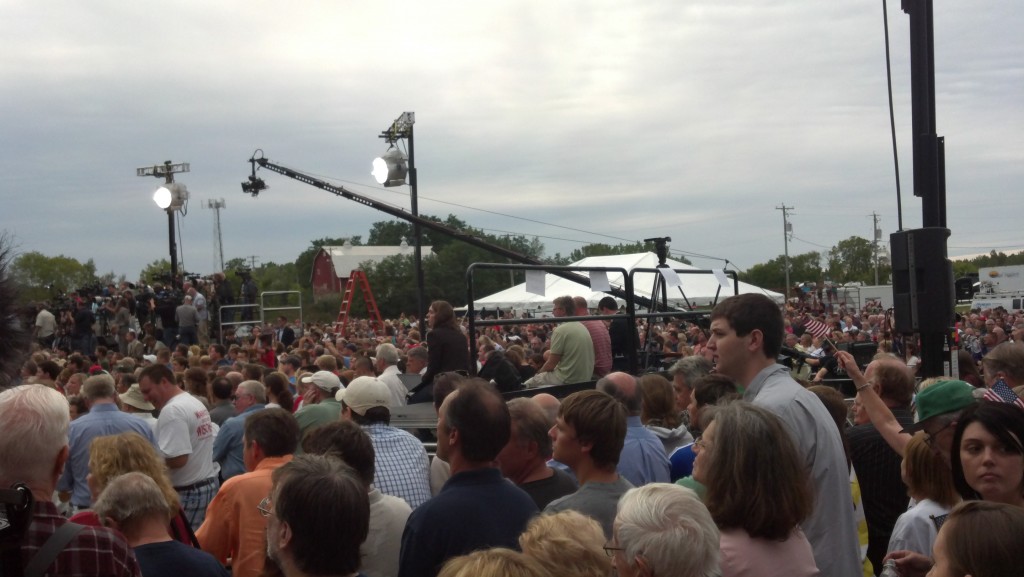 And Anne managed to get pretty close to the stage 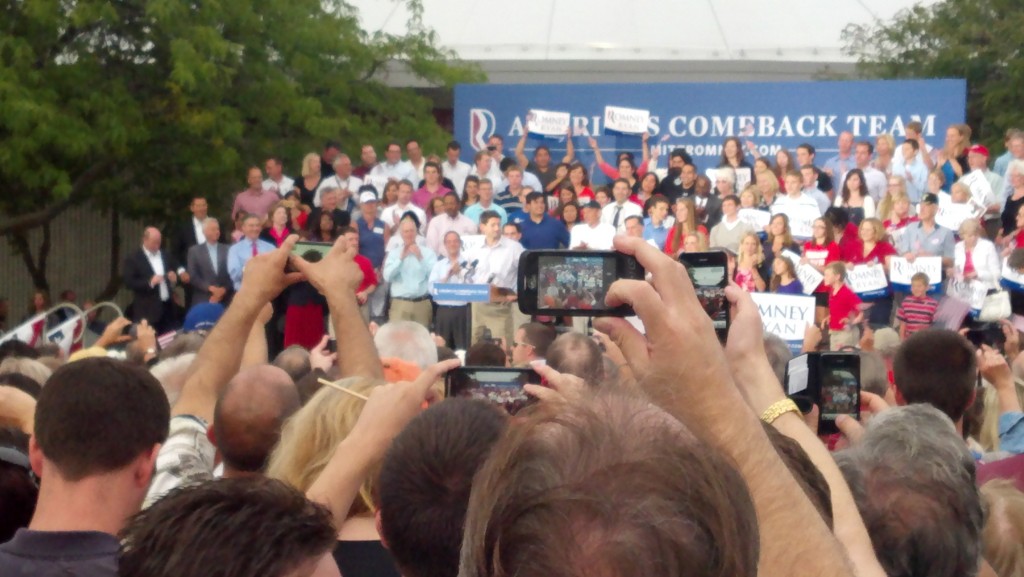 0
Instapundit » Blog Archive » PUNCHING BACK TWICE AS HARD: Romney responds to heckler in Wisconsin, then tells Obama to get his c… | August 13, 2012 at 9:50 pm