If you have been following the internets, you can see an anaphylactic reaction among supposed “fact checkers” over Paul Ryan’s brilliantly effective speech last night.

The section about the closing of a GM plant in Janesville during the Obama administration has been a particular area of attention (emphasis mine):

President Barack Obama, came to office during an economic crisis, as he has  reminded us a time or two.  Those are very tough days.  And any  fair measure of his record has to take that into account.

My own state  voted for President Obama.  When he talked about change, many people  liked the sound of it.

Especially in Janesville where we were about to lose a  major factory.  A lot of guys I went to high school with worked at that G.M. plant.  Right there at that plant, candidate Obama said, “I believe that if our government is there to support you, this plant will be  here for another 100 years.”

That’s what he said in 2008.   Well, as it turned out, that plant didn’t last another year.  It  is locked up and empty to this day.  And that’s how it is in so many  towns where the recovery that was promised is no where in sight. 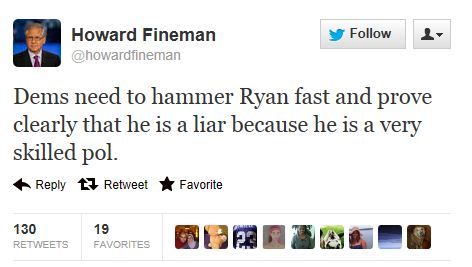 And the nutroots, sometimes masquerading as fact checkers, has followed right along with that theme: 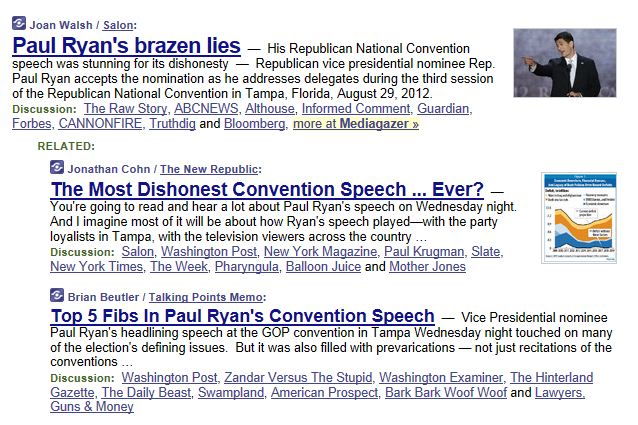 But what Ryan said was true.  The Janesville plant was closed in 2009 after Obama took over, and as part of the takeover of GM by the government.

That’s when the decision was taken to shutter the Janesville plant for good, as GM itself announced on June 26, 2009 (emphasis added):

General Motors selected its assembly plant in Orion Township, Mich. and stamping facility in Pontiac, Mich., to build its future small car, which will add to the automaker’s growing portfolio of U.S.-built, highly fuel-efficient cars, including the Chevrolet Cruze and Volt. Today’s announcement will restore approximately 1,400 jobs in total — 1,200 at Orion Assembly and 200 at Pontiac Metal Center, Building # 14….

“This is great news for our members at UAW Local 5960, Oakland County, and the State of Michigan, and shows the world the UAW can compete in the most competitive segment of the automotive industry,” said Cal Rapson, UAW Vice President and Director, UAW-GM Department. “My heart also goes out to our UAW members in Janesville, Wisc., and Spring Hill, Tenn.

There’s plenty more about how Ryan was correct.  Check out John Hayward’s post at Human Events about Janesville, (added) Jim Geraghty’s post and Conn Carroll’s timeline about Janesville, and John Nolte’s post about the absurd “fact checking” accusations flying from the mainstream media.

Yet another victim of liberal media bias, the liberal media itself.  They are every bit as much in the tank for Obama as in 2008.

Ed Morrissey has more, Fact-checking the factcheckers on Ryan’s speech.

Even FOX piled on.

They say the plant closed in 2008. Where is the truth?

The opinion article at Fox is one Sally Kohn

Sally Kohn: Another Step to the Left by Fox News
http://moonbattery.com/?p=7120

The plant was “idled” in December of 2008. Obama promised if elected that plant would still be here a “hundred years from now,” during his campaign.

This plant is still “idled” and could be reopened should the need for it arise.

Ryan was dead on with his statement.

The closer we get to the campaign itself, the more rabid the MSM is getting and the more they close ranks around their beloved Messiah, The Won, He Who Lowered the Seas, Our Bower In Chief. It was pretty obvious in 2008 who the MSM wanted to win then and now they’re in a panic because Obama has small clay feet with large verbal rocks being thrown his way.

How much more can Paul Krugman take before he once again calls for Obama to seize control and rule as he wishes? Krugman’s pain must be excruciating, perhaps it even hurts!