Worthy of a boycott?

Worthy of a boycott? 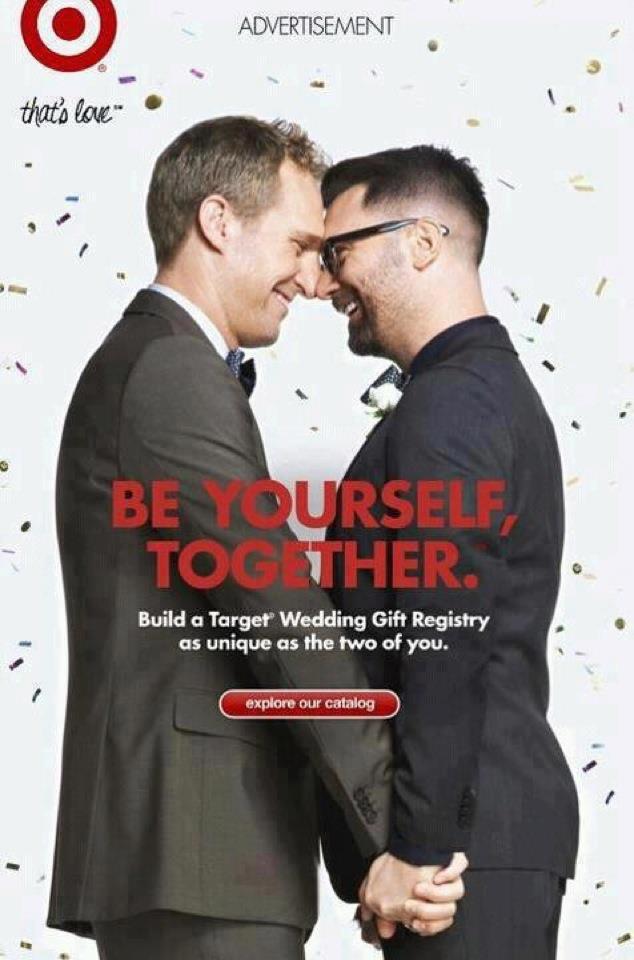 Well, if we’re using the same “difference of opinion” standard that was used to call for the boycott of Chick-Fil-A, then it sure would seem it. If the 30 states that have enacted legislation or constitutional amendments defining marriage as between a man and woman decided to engage in the same type of ban that a Chicago Alderman is seeking, Target would quickly be losing an awful lot of business.

But this is different than the Chick-Fil-A thing, right?

Indeed, this is very different. This isn’t Target’s President casually mentioning at the end of a lengthy interview that he is pro-gay marriage. No, this is a company ad stating that they are pro-gay marriage, and in fact would like to help with the wedding process.

Obviously, there is nothing wrong with this sentiment. If this is how Target feels on the subject of gay marriage, then they are 100% within their rights to express that. But let’s establish the same standard for all businesses, shall we?

For example, if the government of North Carolina, which recently added a Constitutional Amendment prohibiting gay marriage in the state, were to take up the same practice that Mayor Rahm Emanuel and other leftist politicians are doing in Chicago, more than 40 Target locations would be on the chopping block.

But that’s not going to happen.

The uniform standard that should be established is not one that mimics the leftist Mayor of Chicago’s intolerance for a difference of opinion on a political issue. It should be that businesses and their employees, like everyone in the United States, have a right to believe what they want to believe, and a government cannot punish a person for their thoughts.

Target’s ad isn’t worthy of a government boycott, and neither are Chick-Fil-A’s President’s thoughts.

I think we should all boycott Target. And write letters to management indicating why we’re doing it. It’ll cost more money to buy elsewhere. But we’re talking liberty, so I believe we should.

If they value gay business that much, let them make all their money from gays and pro-gays. The rest of us should shop elsewhere.

If we don’t hit sanctimonious lefties in the pocketbook, they’ll keep subsidizing moral rot. And we’ll be part of the problem because we don’t want to make sacrifices to try to stop them.

I’m done with Target. (Moment of silence…I really like shopping there.) Who’s with me?

“Last month, the Episcopal Church approved official Rites for the blessings of unions.”

Which will hasten its already very rapid decline into obscurity.

I know it made at least one employee feel intensely uncomfortable– but that offence thing only matters if they’re The Right Sort of views.