A mass murder like Aurora, Colorado, naturally grabs the headlines and attention, as it should.  A presidential recognition of the murders is appropriate.

Yet more than twice as many people have been murdered this month in the president’s hometown of Chicago than were killed in the Aurora shooting.  They are just statistics for whom there will be no presidential visits or flags flown at half staff.

Many of their deaths were very up close and personal: 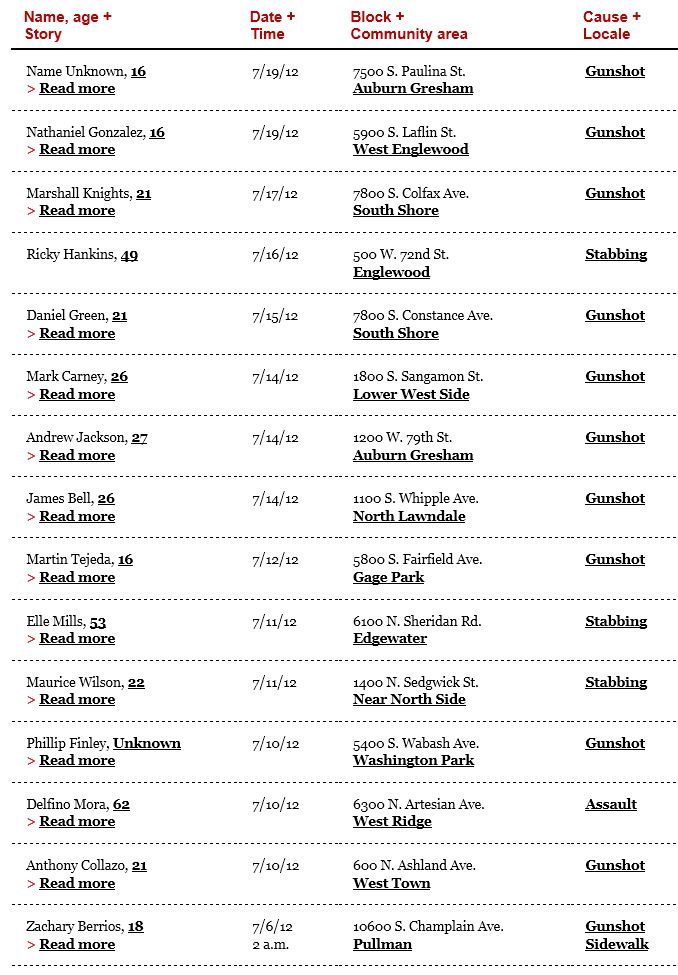 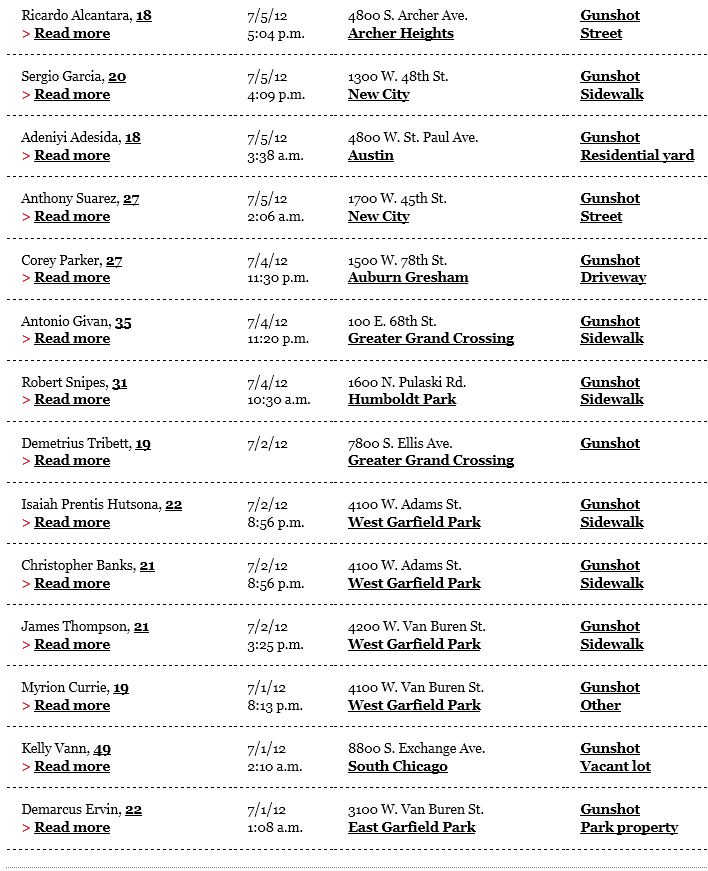 […] they have gun control in Chicago? Via » Remembering Chicago’s victims – Le·gal In·sur·rec·tion. This entry was posted in Civil Rights, Defense. Bookmark the permalink. ← […]

[…] THE VICTIMS OF this month’s massacre in Chicago. “A mass murder like Aurora, Colorado, naturally grabs the headlines and attention, as it […]

[…] at the expense of the individual. Look at the gun control laws in Chicago another Democrat bastion. This month more than twice the number of people were killed in Chicago than were in Aurora and not a… Why is that do you suppose? The city is a militarized zone and nothing is done whatsoever to […]