Obama is an outsourcer with our money

Obama is an outsourcer with our money

The whole outsourcing attack on Romney is stupid, because there’s no evidence he actually outsourced jobs abroad, and being able to use global labor where there is no American equivalent makes American corporations more competitive. The question is whether there were any abusive means used, and there are none as to Romney.

So the GOP is hitting back on the outsourcing claim, pointing out that billions in Stimulus funds were used to create jobs elsewhere. And those are jobs which in many cases could have been sourced domestically.

The GOP needs to be more aggressive on this. We can’t be a day late.

Here is a screen shot from the website referred to in the video (h/t Aggie95 in Tip Line): 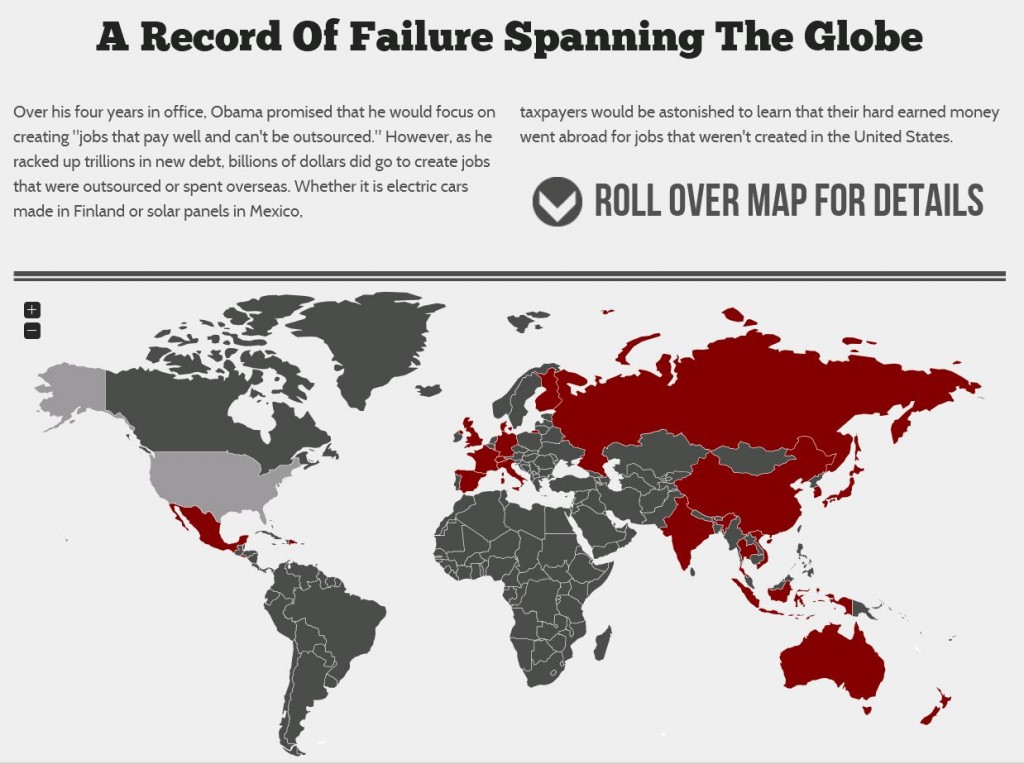 The map was stupid.

!/6 of the earth (Russia ) red because a company bought a failed stimulus receiver?

Another big red blob in the Pacific (Australia ) because of $160,000 paid for melanoma tissue samples. I believe this would be part of the verification of the trials for a new drug that is looking to be the biggest advance in Melanoma ever. Patients with deadly stage 3 & 4 tumours are surviving 3 years & counting.

WTF . We do you a favour & we get demonized as taking American jobs. Get real.

To Mitt Romney: Take off the mittens and start punching.