I hope this person fails

I hope this person fails

Hello again from Raleigh, NC. I rolled up on the following Volvo and the first thing that popped into my head was, “triple fail”. From the disastrous, Jon Stewart-led “Restore Sanity Rally”, to the even more epic “99%” spectacle, the Obama 2012 seemed the perfect “three-and-out” for its owner.

Bonus question to your readers. The license plate wrap indicates the owner is from Cary. Cary is suburb of Raleigh, but folks around here use it as an acronym for “Concentrated Area for Relocated Yankees”.

I’m originally from Maryland and lived in Cary for a short time in the 90’s. Believe me when I say the acronym/nickname is well-earned. 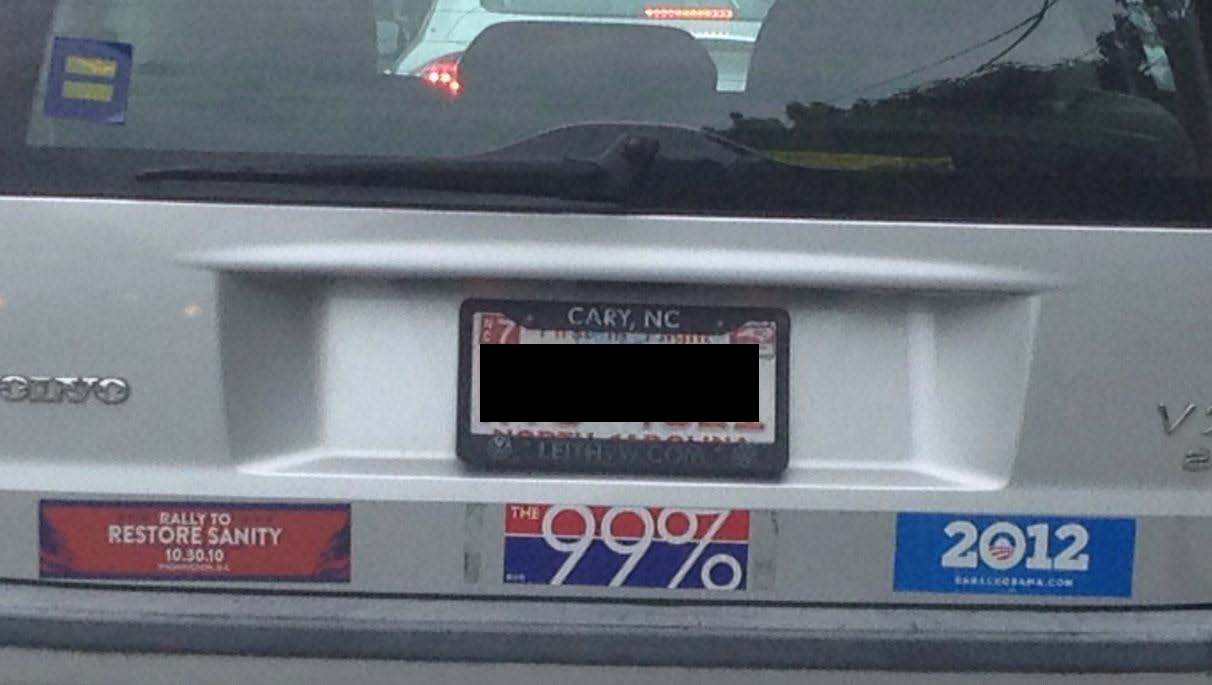 There’s a saying in Raleigh where “If you say you’re from Raleigh, you’re either just moving in or just moving out”
From experience, Republicans frequenting Raleigh’s dog parks are scarcer than hen’s teeth.
Count the Universities in the Raleigh area, Duke, Wake Forest, NC State, UNC, and you’ll realize why Obama isd a frequent visitor to the area hawking his free contraception program.