Obama came under criticism and mockery from the left and right when a photo of his Chicago campaign operation staff had barely a non-white face among them.  All the talk about diversity was not practiced at his HQ.

Elizabeth Warren has a similar problem, and has come under criticism from a liberal supporter when she posted a photo on her Facebook page of her campaign volunteers and interns during a visit by Debbie Wasserman Schultz today:

… how exactly do democrats plan to appeal to minority voters if they don’t include them in their staff. oh wait, they expect blacks and latinos to just vote for them anyway…. 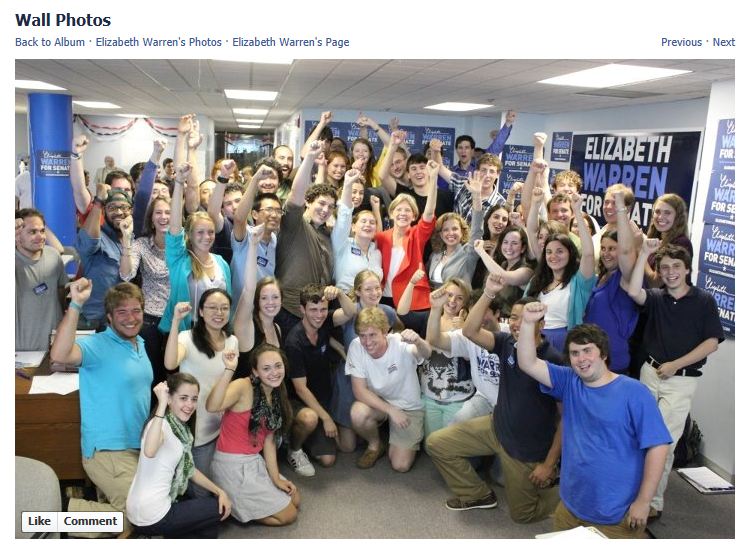 This photo obviously does not look like America, and a self-described liberal supporter of Warren noticed and commented about it.  He was met with derision, but didn’t back down:

Update:  A couple of other Warren supporters joined in the criticism:

It was my imagination. I magnified the photo and there she was…greasy blond hair and all.