On this day we honor all the fallen, three of whom we have remembered here before, Johnny “Mike” Spann, Cpl Jonathan Daniel Porto, and U.S. Army, Spc. Dennis Weichel .

I remember seeing this post at Gateway Pundit, on May 26, 2009, which I made Post of the Day, regarding Lt. Schulte’s death, and it has stayed with me for these past three years:

Lt. Roslyn Schulte was the first female Air Force Academy graduate to be killed in Iraq or Afghanistan. She died last week in Afghanistan after the vehicle she was riding in was struck by a roadside bomb.

Lt. Schulte could have attended an Ivy League school. Instead she chose the Air Force Academy. She dreamed of being a fighter pilot since she was 12. At the academy, she was among the top in her class.

Her funeral was yesterday at the Congregation Temple Israel in St. Louis. Her boyfriend U.S. Air Force Cpt. Bruce Cohn announced that he was going to propose to Roslyn this summer.

Here is the video of Lt. Schulte’s coffin being loaded aboard an aircraft to return to the United States, along with Army reservist Shawn Pine, who was killed by the same roadside bomb in Afghanistan:

Her obituary is here, photos from her funeral are here, and she is remembered at the Air Force Association website.

Update:  Reboot Congress covered the story in 2009, and visited Roslyn’s grave today, sending this photo (note, the small stones on the marker reflect the Jewish tradition of placing a small stone or pebble on the grave marker when visiting): 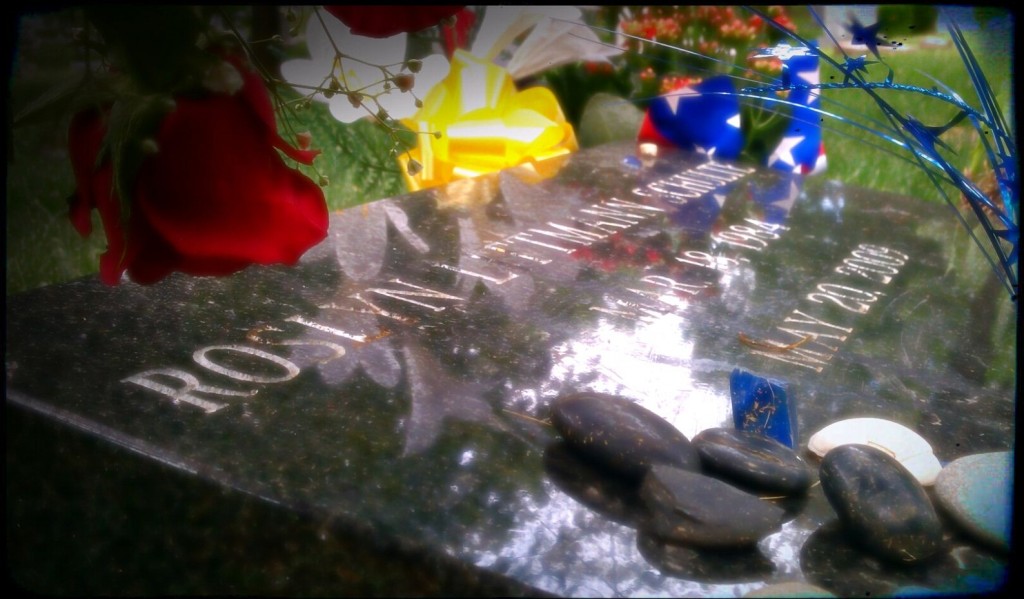 You read this, and then you read something like this:
http://www.theblaze.com/stories/texas-student-challenges-schools-policy-on-standing-during-the-pledge-of-allegiance/
and it makes one ill!! Is this what these young people are dying for?

I would like to remember the victims of Fort Hood.

I remember the post a few months back here at least one of the above dissed female miltary personnelsaying they should not ever be there. The main offender has posted elsewhere today but did not comment on this thread. Hmmmmmmm.

today I learnt that my daughter -also a lieutenant is in preparation to be deployed.

Today she did her will.

I am proud of all the women (on our side ) who are repalcing the metrosexuals at cafes sipping their lattes.

Someone has to go out there & do the job.