A strange sense of responsibility, now and then

A strange sense of responsibility, now and then

Brett Kimberlin responsible for nothing: 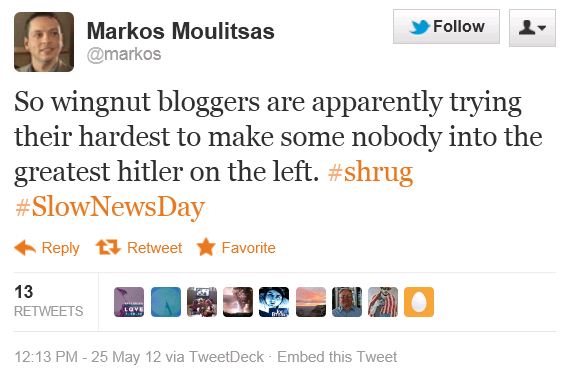 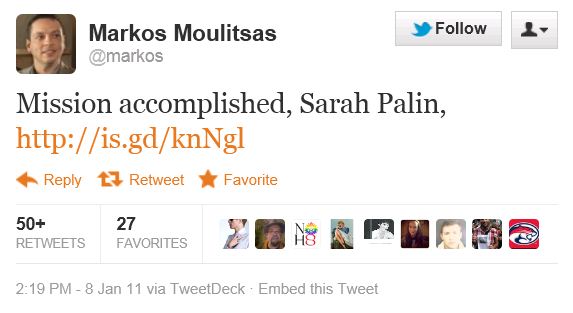 hitler was the biggest hitler on the left

Hey, Sony Pictures could make him a clue on Jeopardy like whats-her-name.

I’d like to think Kos is simply a clueless useful idiot, but after his rants about the “mercenaries”, and everything of his I’ve seen since, I’ve concluded rather that he is evil.

I responded to his tweet yesterday with “I wonder if you’d be as amused if someone called SWAT in on you, or got you fired?” which, needless to say, was ignored. But it made me feel better. And I get retweeted once, so someone else agreed with me. The really sad part for me is realizing that if someone did SWAT him, and he was injured or killed in the incident, I’d feel that he merely got what he deserved. It’s easier to forgive someone for doing something evil to you than it is to forgive them for turning you into someone who can think that way. And the left is doing a very good job doing that. I think, I hope, someday they come to regret it.