Gawker in many ways is an equal opportunity attacker, but two of its highest profile stories were sexualized attacks against conservative female politicians.

Wonkette, known for going after Michelle Malkin, Sarah Palin and other conservative women, was started by Gawker Media but spun off in April 2008.

In June 2010, a Gawker writer who formerly worked for Wonkette helped spread rumors (which originated at Wonkette) that Sarah Palin had breast enlargement surgery.  Gawker was able to push typical Wonkette trash talk into the mainstream.

In October 2010, Gawker published an alleged description of then Senate candidate Christine O’Donnell’s pubic hair based on accounts from someone who said he spend the night (but did not have sex) with her three years earlier.  The story, shortly before the election, went viral and then some.  Gawker defended the story.

Nick Denton, the owner of Gawker Media, is proud of running these types of stories, as he told NBC’s Rock Center in a recent profile (Brian Williams apparently is a friend of Denton):

Given all the attacks on advertisers who advertise on the Rush Limbaugh show or other conservative talk radio shows, one has to wonder why the companies below — who are highlighted on Gawker Media’s advertising page — do not apply such standards of civility and civil discourse to Gawker Media?

At the end of the day, the point is not that advertisers should quite Gawker, it’s that there is a complete double standard.  Sexualized, unapologetic attacks on conservative women simply are part of the accepted landscape. 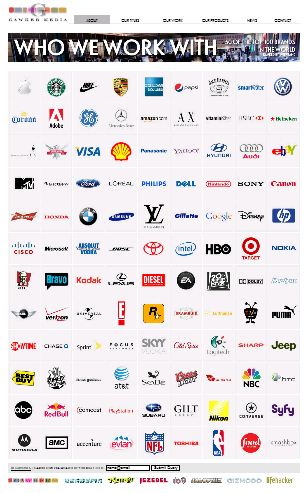 Update: Think Progress has published the list of 98 advertisers asking to be excluded from conservative talk radio because they have “environments likely to stir negative sentiment from a very small percentage of the listening public.”  Notice any overlap with those advertising with Gawker?

I just received a response from American Express. How many ohters on that list are not true?

“We appreciate you reaching out to us to address this situation. We would like you to know that at no time did American Express or our media buying agencies send a letter to Premiere Radio Networks or its parent company, Clear Channel Communications, providing any direction concerning adverting placements, and specifically related to conservative radio programming. As a result of your communication, we have reached out to our media partners to correct any miscommunication and reconfirm that that they are not limiting the placement of our advertisements.”