Posted by William A. Jacobson Wednesday, February 8, 2012 at 10:30am 8 Comments
More Sharing Options 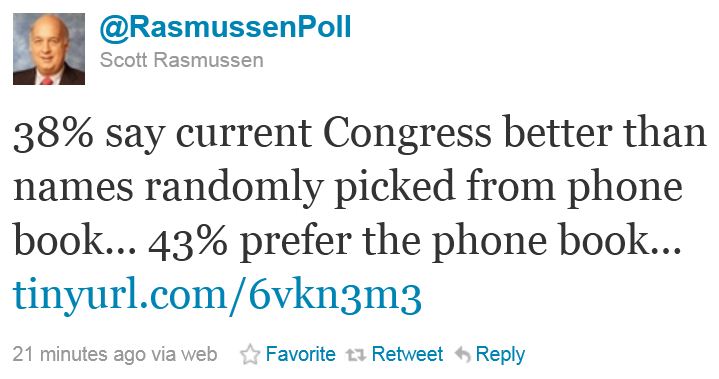 Which is why one is able to breathe a sigh of relief after last night’s election results.

To paraphrase G. K. Chesterton: We regular conservatives “to all mortal appearance very much stupider” than the top conservative pundits have “found out the secret” flaw in Romney’s candidacy that most of those pundits have missed.

I think the people’s anger with Congress is misplaced.

They need to blame themselves, as well as their parents and grandparents, who voted for representatives in both parties whose goal was to expand this alphabet soup of administrative bureaucracies (EPA, FCC, FDA, HHS, TSA, SEC, FHA, FDIC, the list goes on ad nauseum). The administrative bureaucracy is now so large and out of control that it doesn’t really matter who we elect because Congress has effectively outsourced its power to unelected technocrats to dictate how we live through regulations, not laws. Newt calls it “bureaucratic socialism”. It’s been going on for decades, but people are finally waking up. I think the first wake up call came from the insane abuses by the TSA gropers at airports, and now by an unelected adminstrator like Kathleen Sebelious who is issuing orders that violate religious freedom. People are finally realizing that when they traded their liberty for a mostly false sense of security they made a bad trade.

On a related not, Walter Russell Meade has published a series of fascinating articles (three so far), titled “Beyond the Blue Social Model”. He goes through the history and mostly defends the initial progressive vision and accomplishments achieved under the “blue social model” of the last century, but he now recognizes that model is obsolete and is in desperate need of revision. He makes the case that it’s now time to stop centralizing more power in Washington and actually start to decentralize power and put it back in the hands of the state and local governments and the people. He is a Democrat. But he sounds more like a Tea Partyer or Rick Perry than Obama or most of his fellow Democrats.