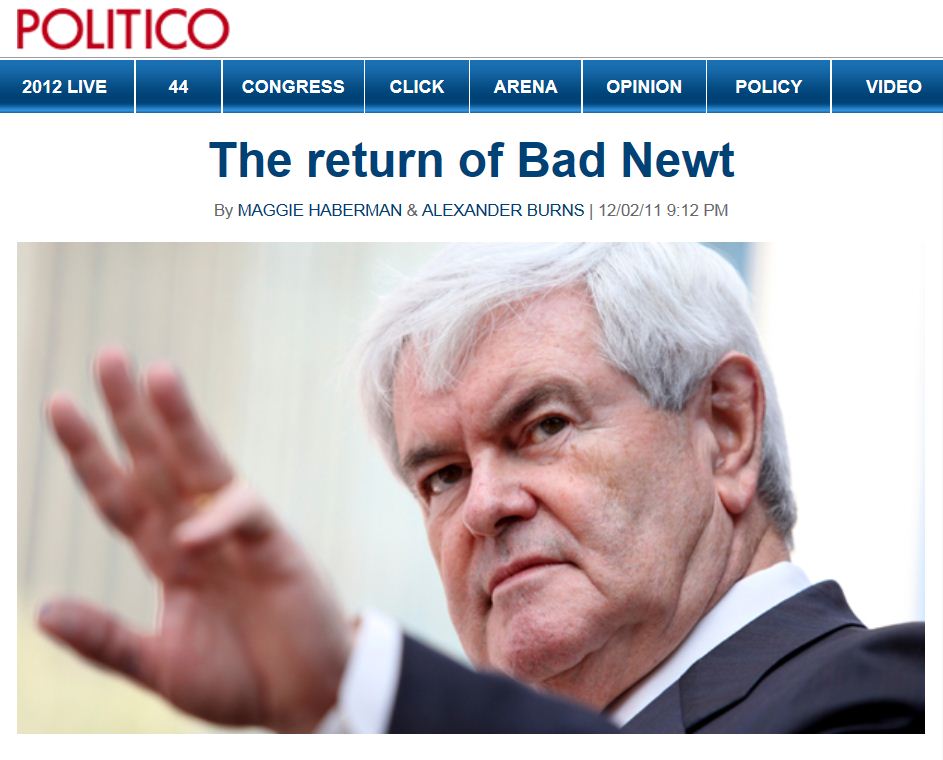 […] Professor is also smart to note that the JournoListers have taken an increased interest in someone n…, now that they have finished off the black man in the race. Yup Newt Gingrich is the new target of […]