I criticized Mitt Romney’s campaign on the night of the Reagan Library debate for having a spokesman claim that Perry wanted to kill social security, linking to this tweet by John McCormack:

The Romney campaign has been hitting similar themes for the past month.  It’s the type of scare tactic Democrats use against Republicans.

The Perry campaign is going down a similarly unjustified path in its use of the “rich guy” card against Romney, a tactic which has just started in this video just released by the Perry campaign:

Although it’s subtle, the “rich guy” card is played with the line “Even the richest man … can’t buy back his past”: 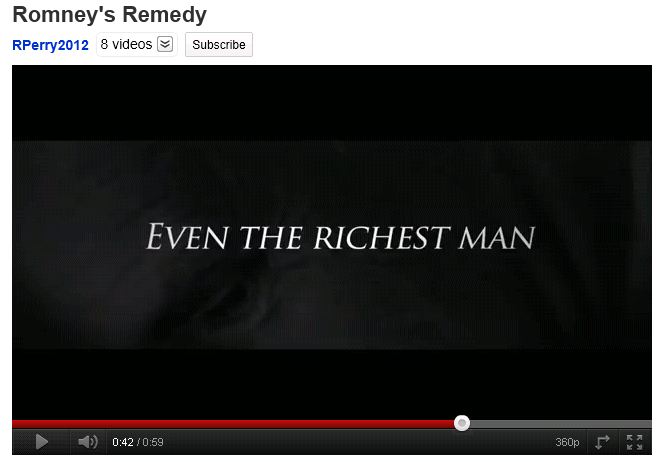 Do we really need to go there? Do we need to give people like “Blue Texan” at Firedoglake (where I first saw attention called to the ploy) the ability to deflect from Obama’s class warfare by sticking our own toes in that pool?

I really wish Romney and Perry would stop campaigning like Democrats.