The homepage of Politico this morning resembled the now-infamous Esquire ode de love to Barack Obama. 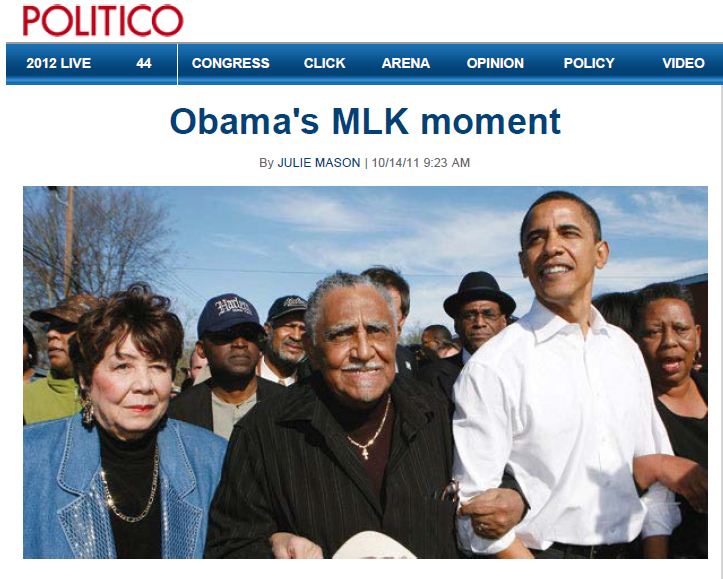 Except that the story was not quite at the cover indicated, focusing not on Obama’s unity with the old civil rights guard, but on his tenuous relationship, as the article title off the homepage reflects:

But when it comes to many of the aging leaders who marched with King, the  relationship is more complicated. Obama, for the most part, has kept the civil  rights movement’s old guard at arm’s length. They, in turn, are wary, their  sense that the election of the first black president represented the ultimate  success of the movement now tinged with disappointment that Obama has not more  aggressively confronted issues of economic inequality. 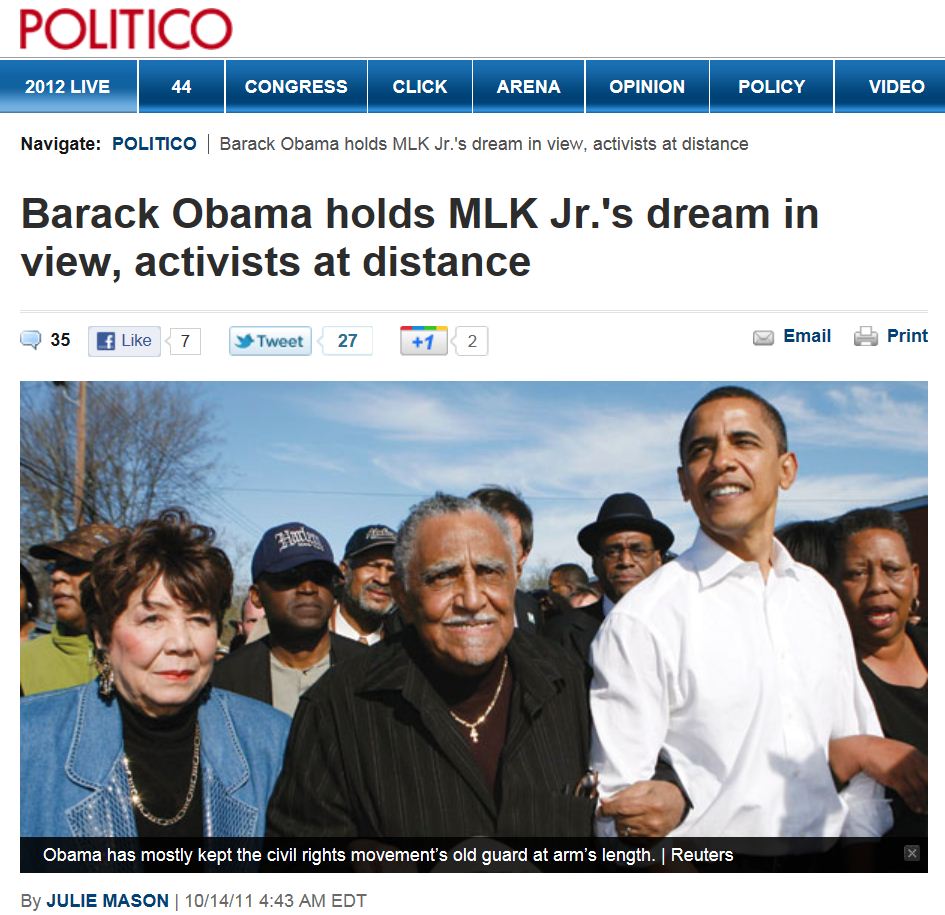 Barack Obama is the redheaded stepchild of the civil rights movement. Born in the 1960s as the son of a visiting Kenyan and a white lady from Kansas, Obama is at best a misfit in black civil rights history.