OWS and unions crossing all lines to get in opponents’ faces

OWS and unions crossing all lines to get in opponents’ faces

Crain’s New York has an article detailing how Occupy Wall Street and union protesters are taking the fight to the personal lives of executives who oppose them by disrupting their ability to go to restaurants and other day-to-day activities.

As the Occupy Wall Street movement has gained steam, the city’s well-heeled have  become the target of protests aimed at embarrassing them in their neighborhoods  or places of business. Drawing on tactics honed by labor unions, the protesters  have visited restaurants, theaters and luxury apartment buildings to deliver  pointed messages to some of the city’s most notable power brokers.

Gawker even jumped in on the action publishing the cell phone number of Goldman Sachs’ CEO: 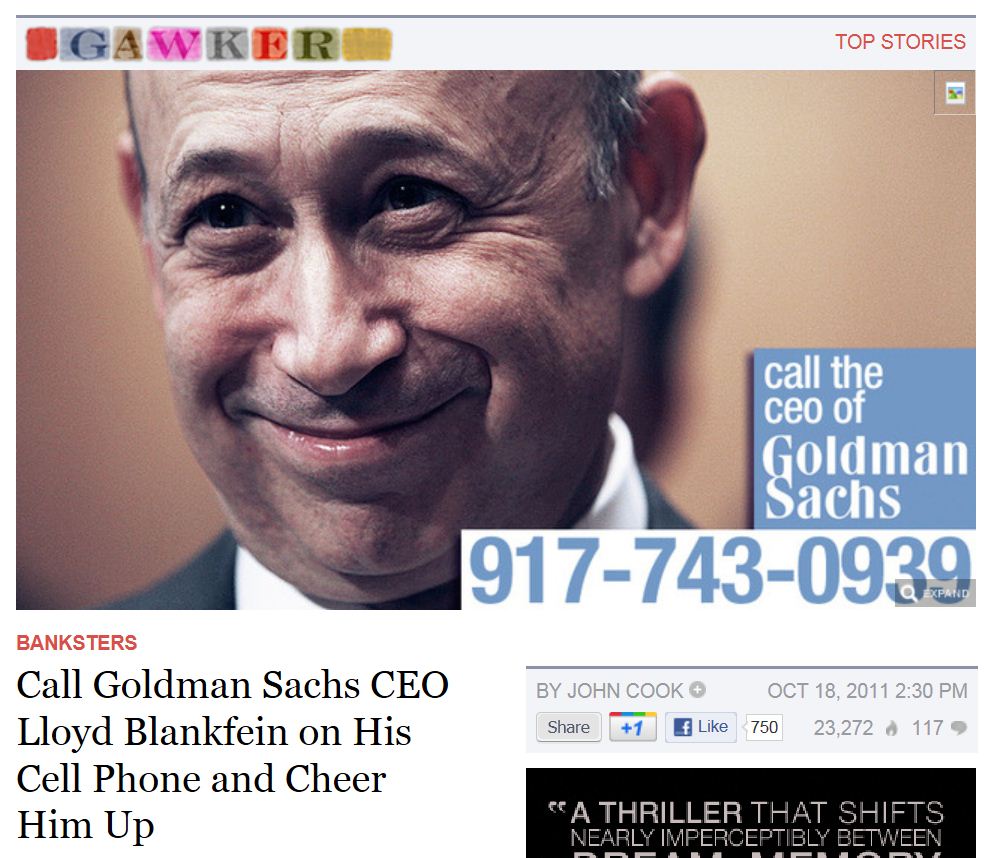 Blankfein has been depicted at OWS rallies with his head on a stick.  (Gawker is the website which published details of Christine O’Donnell’s pubic hair, attacked Meg Whitman’s children, and lots of personal attacks on SarahPalin.)

This is the continuation of a theme which was launched by Obama in 2008 where he exhorted his supporters to get in opponents faces.  We saw it in the California Prop. 8 debate where opponents of the referendum defining marriage as one man, one woman, tried to get supporters and donors fired at work, boycotted Mormon businesses, and even criticized the DOJ for using an attorney who was Mormon.  We also saw it when a Rutgers professor confronted Paul Ryan in a restaurant.

Once you’ve protested on front lawns, confronted people at work and in restaurants, called them on their cell phones, and harassed them in their personal lives, there’s only one small step left.  And that step of violence is just a second away.

Obama depends on the continuing lefty blindness regarding where Wall St. spends its political influence funds. Those morons hanging the street are probably all convinced that those towers are full of card carrying Republicans rather than typical New Yorkers, a very blue bunch.