“Miss Her Yet?” Debate Retweet of the Night

“Miss Her Yet?” Debate Retweet of the Night

Looking at all the non-Romney candidates last night, I kept thinking, “Miss her yet?”  (Note:  If someone could do the graphic, I’d love to post it.)

Particularly after this question and answer:

TUMULTY: Congressman Gingrich — Speaker Gingrich, Medicare is going broke.  Consider the fact that half of all Medicare spending is done in the last two years of life….

Do you consider this wasteful spending? And, if so, should the government do anything about it?

GINGRICH: I am really glad you asked that, because I was just swapping e-mails today with Andy von Eschenbach, who was the head of the National Cancer Institute, the head of the Food & Drug Administration …. So, if you ask me, do I want some Washington bureaucrat to create a class action decision which affects every American’s last two years of life, not ever.

I think it is a disaster. I think, candidly, Governor Palin got attacked unfairly for describing what would, in effect, be death panels….

Which led to the Retweet of the Night:

Updates: From Marooned in Marin: 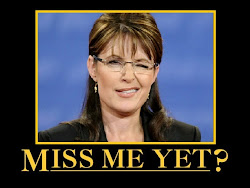 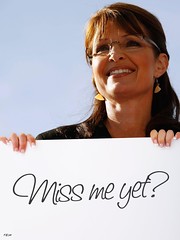 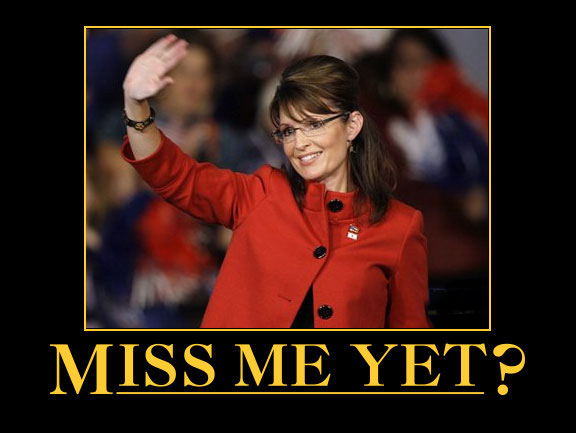 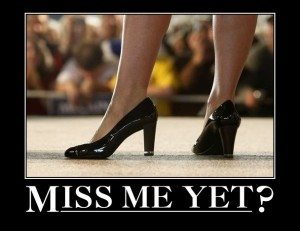 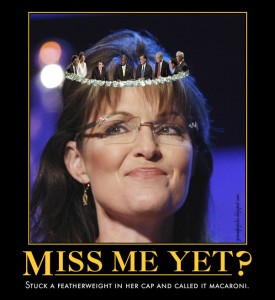 […] to William Jacobson for the inspiration.] Share this:TwitterEmailFacebookMoreStumbleUponRedditDiggLike this:LikeBe the […]