Seemingly disconnected events have come together this week to form a single, cohesive theory which explains the behavior which is the subject of the Saturday Night Card Game.

Rates of mental illnesses including depression and post-traumatic stress will  increase as a result of climate change, a report to be released today says.

The paper, prepared for the Climate Institute, says loss of social cohesion  in the wake of severe weather events related to climate change could be linked  to increased rates of anxiety, depression, post-traumatic stress and substance  abuse.

A leading voice in the Congressional Black Caucus told supporters last week that Tea Party-affiliated lawmakers are devastating the black community economically and would be happy to see black people “hanging on a tree.”

Rep. Andre Carson (D-Ind.), the CBC whip, told attendees at the CBC’s Job Tour visit to Miami that the Tea Party is actively taking steps to keep down the black community and other vulnerable populations.

“This is the effort that we’re seeing of Jim Crow,” Carson said. “Some of these folks in Congress right now would love to see us as second-class citizens.”

He went on, “Some of them in Congress right now of this Tea Party movement would love to see you and me … hanging on a tree.”

“The interesting question is: What is it about this president that has stripped away the veneer of respect that normally accompanies the Office of the President? Why do Republicans think this president is unpresidential and should dare to request this kind of thing? It strikes me that it could be the economic times, it could be that he won so big in 2008 or it could be, let’s face it, the color of his skin. This is an extraordinary reaction to a normal sequence of events,” MSNBC contributor Richard Wolffe said on “The Last Word.” 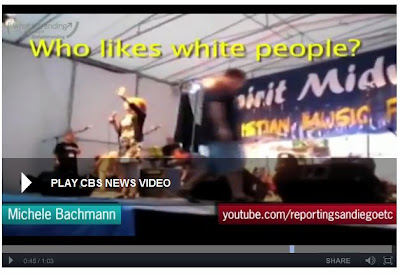 They have gone mad.

Exhibit A is just another ploy by the UN comparable with alien invasion. They are constantly thinking up dumb theroies they hope the sheep, uh, people will buy.

Exhibit B is he case of a black congressman whipping up bad feelings against whites because that is what keeps getting him elected. I realized long ago that this is a racket. Blacks don’t care abut the slavery question. They only care about using it to get more free stuff. Whites who have guilt feelings need to get a clue because blacks have been racking up the moola for decades and have been paid twice over in reparations in the form of food stamps, affirmative action, subsidized housing and CRA loans.

Exhibit C” I despised Bill Clinton but not with the virulent hatred I feel toward the present occupant. And I hate him because he is trying to turn the US into Zimbawee with himself as Mugabee. Every day we hear about a new lawlessness this guy commits and no one seems to be able to stop him. He has taken a great rich nation and brought it to its knees. I used to think he was just incompetent but now I think it was all deliberate. He has some world theory that he is experimenting on us and he is destroying this country. How we will survive another year and a half of this POS is beyond me. I feel sure he will do his worse and if (hopefully, because if not, we are toast) he is not re-elected he will go full speed ahead with his EOs during the next three months. The next president will be kept usy just rescinding his EOS for the first year.

They haven’t gone mad. They have an agenda and are working like beavers to put it into place. Will us, nil us.

Exhibit E” Al Gore is in this for the money. It takes a lot to have your own cable channel and pay the losers you hire big bucks. He has never forgiven us for not electing him especially, when his father raised him to be president and he feels entitled but nasty Americans failed to anoint him. Then again, according to him and his supporters , he was cheated out of the presidency. When the rubber meets the road, Al Gor is just another blow-hard liberal who thinks he knows what is best for you and me.

Al should’ve been arrested at his own convention for trying to choke his wife with his tongue.

American Liberal ideology has gradually and very sadly morphed into the modern “progressive” race-baiting dogma of today, several key examples of which you have cited in your post. It has taken us on a degenerative journey from the days of righteous confrontation with invidious individual and institutional discrimination by some in years gone by, to a state where we now are witnesses to the propagation and systemic exercise of ugly political polemics, ones in which good Americans, concerned for their country, are consistently and absurdity accused of racism, or even terrorism, for merely asking for some measure of fiscal responsibility on the part of their government!

Many would argue that the ideological Rubicon was crossed when American “propagators” of law and social policy took to a series of broad and thoroughly illegitimate steps, each one attempting to remediate past discrimination against individuals from earlier generations, by instituting current discriminatory plans that intentionally imposed the granting of benefits on behalf of individuals who were plainly never invidiously discriminated against, and that at the same time were also imposed to the detriment of those who had absolutely nothing to do at all with that past invidious discrimination.

Liberalism literally became its other.

The practitioners of the new discrimination, however, never wanted to address the other side of the coin. And now some of them have taken to screaming “racist” at anyone who dares to challenge the basis of that, or any of what have become invasive policies and programs, but which they see as their fundamental institutional entitlements.

Barack Obama once wrote a public defense of affirmative action, touting it as what he believed was one legitimate element in the process of selecting editors for the Harvard Law Review from amongst the highly competitive class of first year law students (1L) seeking one of those highly coveted positions. And in his published letter, he candidly cited the fact that he had undoubtedly been an academic beneficiary of academic affirmative action.

At the time (his letter was published in the November 16, 1990 edition of the Harvard Law Record) Obama was the President of the Harvard Law Review. As he pointed out, his letter was partially in response to an earlier missive, written by a Mr. James Chen who was addressing what, according to the summary characterization of Mr. Chen’s viewpoint by Mr. Obama, were the “possible stigmatizing effects of affirmative action” for its beneficiaries.

In his written response, Mr. Obama outlined specific details of the policy of the Harvard Law Review — i.e., citing how it worked — and he concluded his letter with a few personal observations that were obviously intended undermine Chen’s claim by pointing out his own (Obama’s) subsequent selection as the President of the Harvard Law Review, as at least some measure of proof to the contrary, i.e., that he had obviously not been stigmatized.

His letter illustrates, I think, quite clearly the basis for an ongoing social conundrum in the United States, one that has been perpetuated over more recent decades by national legal and institutional policies that have attempted, in a variety of ways, to give an imprimatur of approval to corrective measures, ones that are intended to somehow “make up” for an undeniable legacy of past invidious discrimination against others, by now giving a discriminatory “leg up” to an identifiable class, or progeny of those who were, in general, the victims of that past discrimination.

. . . I must say, however, that as someone who has undoubtedly benefited from affirmative action programs during my academic career, and as someone who may have benefited from the Law Review’s affirmative action policy when I was selected to join the Review last year, I have not personally felt stigmatized either within the broader law school community or as a staff member of the Review. Indeed, my election last year as President of the Review would seem to indicate that at least among Review staff, and hopefully for the majority of professors at Harvard, affirmative action in no way tarnishes the accomplishments of those who are members of historically underrepresented groups.
. . . .”

The detail of the Law Review’s policy as outlined by Mr. Obama is very instructive in illustrating the undeniable fact that their affirmative action policy, provided a “leg up” for some who were not discriminated against, including Mr. Obama, and which resulted in discrimination against others to their detriment who had never been invidiously discriminatory toward others, an issue which Mr. Obama blithely ignored for obvious reasons.

And, in what was a real eye-opener, he also revealed how the Harvard Law Review dealt with the information that might have become the basis for, say, some future academic study to examine the validity or effectiveness of that policy.

Therein lies the rub. They destroyed all the records once the “final” selections were made!

As was summarized by Mr. Obama in a revealing, and yet highly confusing summary statement at the time:

In other words, if anyone was invidiously discriminated against during the final selection process for Harvard Law Review on the basis of, say, inappropriate consideration of, or non-consideration of some weighted factor, such as the inclusion or non-inclusion of the individual in some “suspect classification” group, they would simply never be able to prove it using the written records, because those records were destroyed.