Erick Erickson is going to have to make a better case for Gov. Perry than this

Erick Erickson is going to have to make a better case for Gov. Perry than this

Perry’s high profile supporters do him no favors by acting like children.  (h/t reader Charles) 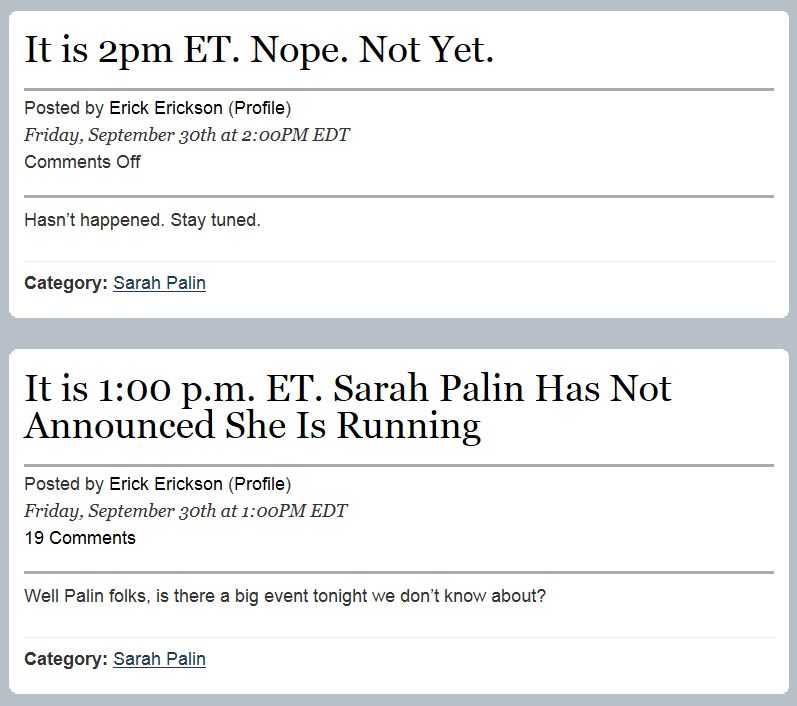 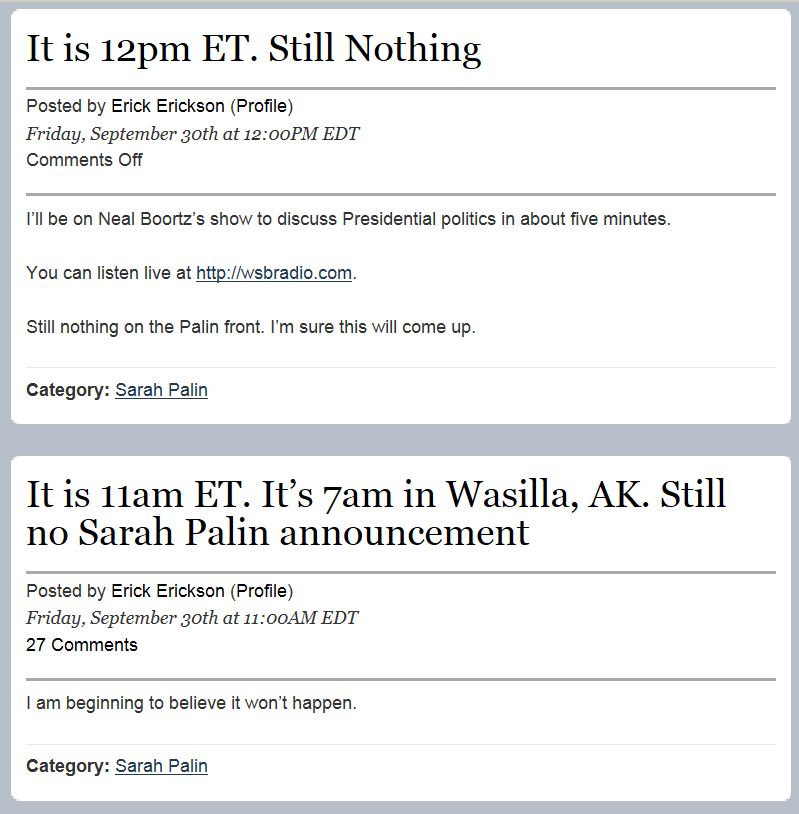 Not only is this guy an idiot, he’s annoying.. lol..

You’re not exactly at the top of the food chain yourself.

I really enjoyed this take down of Erickson….lol.

I’ve been disappointed by PJM too as they seem to be pushing Perry big time although I think he’s a supposed to be blogger there. Whatever. They’ve gone after Cain this week.

It’s ironic that all the blogs on the right that have been screeching about Palinistas for so long don’t see how pathetic they sound.

Look,
I am a Perry supporter and I can tell you that the elites at Red State have been all swooning over Herman Cain as their savior since the debates. I have never posted a bad thing about Sarah Palin. I think she’s great. I also think that the postings at Red State regarding her not entering the race today were stupid,childish and self-indulgent. However, if you try and voice that opinion at Red State you get banned. Perry is not to blame for this, Erick Ericson is. He has already gotten on the Cain band-wagon bigtime. So, if you are going to choose an inappropriate target to get mad at then at least choose the person Erickson is supporting…Cain. Leave Perry out of this. I appreciate that Sarah Palin has very passionate supporters that care about the country just as much as I do, I would not insult them like this. Hold Erick Ericson responsible for his own mess.

[…] and her supporters on an almost hourly basis. It was rather childish, and as William A. Jacobson pointed out, wasn’t doing his candidate Rick Perry any good. Having dealt with Perry fans, […]