I hate when bumper stickers make me do work

I hate when bumper stickers make me do work

The final shot from my trip to San Francisco has a number of stickers which are not obvious.

The trite “when fascism comes to America …” speaks for itself.  But the two on either side of the license plate?  Those apparently are related to a group called the Dresden Dolls.  (Images here and here.)

And what’s with the hatred of Texas Oil?  Well, that related to California Prop. 23, an attempt to roll back California’s global warming legislation.  The ballot initiative was funded by two Texas oil companies (hence the “Texas Oil” on the bumper sticker), but the opponents rasied three times as much money and defeated the initiative.   Texas Oil haters celebrated.

Quite a long explanation for some lousy bumper stickers. 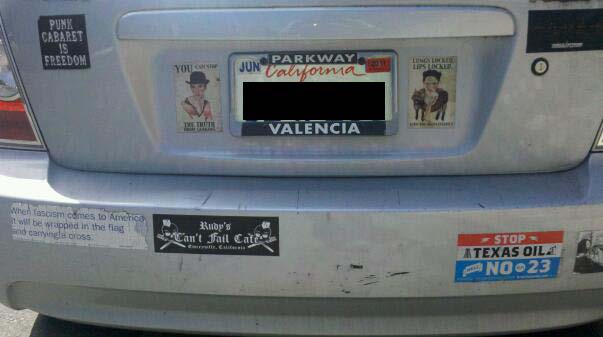 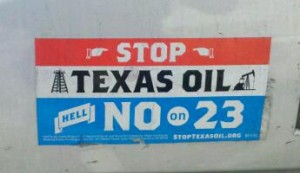 It was written by my state legislator, I live in one of the few conservative areas of CA. An excellent proposition, but . . . Maybe I should move to Texas

Then, what are you waiting for? We need people like you over here. There are enough nutsos from CA in Central TX: we need to outnumber them over there!

I’m also of the camp of not sending to them any TX oil. Let them power up their vehicles with raw sewage – as if I care.