Aroma Cafe is an Israeli chain of espresso bars which has expanded internationally, including in the U.S.:

Being Israeli, Aroma Cafe has come under attack (h/t AussieDave) by the Boycott Divestment Sanction movement of anti-Israeli activists.  Watch as the moonbats protest outside an Aroma Cafe location in New York:

As to the boycott of Sabra and Tribe hummus which was the subject of a prior post, I did my part yesterday to buy-cott the brand: 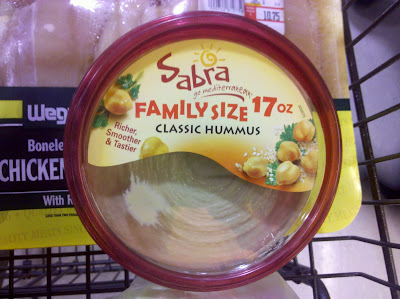 Just bought me some Sabra Humus with pine nuts. Delish! (Also, you should know, Trader Joe carries outtasight Israeli sheep's milk feta cheese. Something I loved when I used to live in Israel. I'm thoroughly addicted to it.)